Nearly 100 people living in 31 flats in the building were evicted. 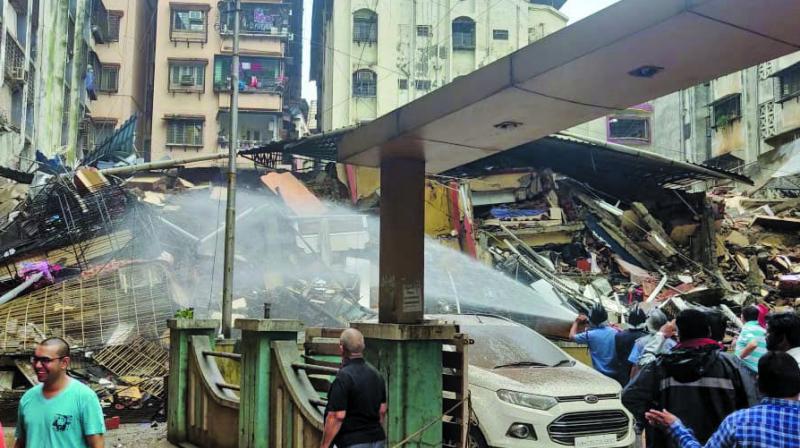 Ulhasnagar’s Mehak Apartment collapsed around 10 am.

Mumbai: Ulhasnagar’s Mehak Apartment, a five-storey building, collapsed around 10am Tuesday, a day after its residents were evicted. The architect had told the residents that everything would be fine if pillar support was provided to the building.

Nearly 100 people living in 31 flats in the building were evicted after it started sinking Monday morning. The residents said that they noticed small cracks in the walls, and when the building started tilting, the doors of the flats automatically got locked.

The residents informed the fire brigade about the incident as the door of flat number 102 wasn’t opening from inside. The civic body and fire brigade officials rushed to the spot to rescue the family that was locked in. Upon checking why the door wasn’t opening, the officials found that the pillar of the building had crumbled. The architect confirmed that the middle pillar had crumbled.

R.G. Bhatiya, a resident of the building, said, “The municipal officers told us to take our ornaments, cl-othes and children’s study material. Other than this, we have nothing with us.”

On Tuesday, a renowned architect visited the building and advised residents that nothing would happen to the structure if pillar support was provided. Barely minutes after the architect’s visit, the building collapsed.