He further stated that apart from this criminal case, they would also be filing a civil suit against Nanda on Monday. 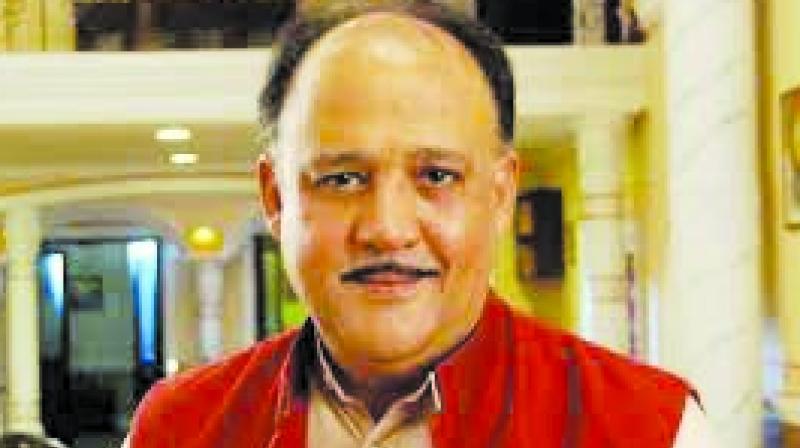 Mumbai: Actor Alok Nath’s wife Ashu has filed a complaint in a local court seeking directions to the Amboli police station to take cognisance of the letter sent by them, in which they sought defamation proceedings against writer-director Vinta Nanda for accusing her husband of rape.

Speaking to The Asian Age, Nath’s lawyer Ashok Sarogi said, “We have filed the case yesterday.” Nath and his wife Ashu, in their complaint to court, have said that they have addressed a letter to Amboli police on October 12, seeking action under section 499 (defamation) and 500 (punishment for defamation) of IPC against Nanda. The police however, said since the offences are non-cognisable in nature, it would be appropriate if an order is passed by the concerned court of law.

“We are, hence seeking the court to pass necessary direction to the Amboli police station in-charge to take cognisance of their complaint and hold an inquiry,” read the complaint.

According to Advocate Sarogi, the complaint says the alleged incident, which has never happened, is said to have taken place 19 years back. “We are being defamed on social media. Had anything like this happened, the lady should have gone to the police but instead she has preferred social media,” said Sarogi.

He further stated that apart from this criminal case, they would also be filing a civil suit against Nanda on Monday. “We are contending that the reputation of Alok Nath could not be measured in terms of money and hence we would be demanding Re 1 as a token amount and also seeking a written say that she should not make any defamatory statements against us,” said Sarogi.

It may be recalled that in a social media post, Nanda had alleged that the actor had raped her. Though she did not name the person, but she referred to her attacker as the actor who is known as the “most sanskaari (cultured) person,” a sobriquet attached to Nath.