Revaluation applications in university on rise

As per the data obtained by the department, the number of applications received till May 2017 was 85,068 and above. 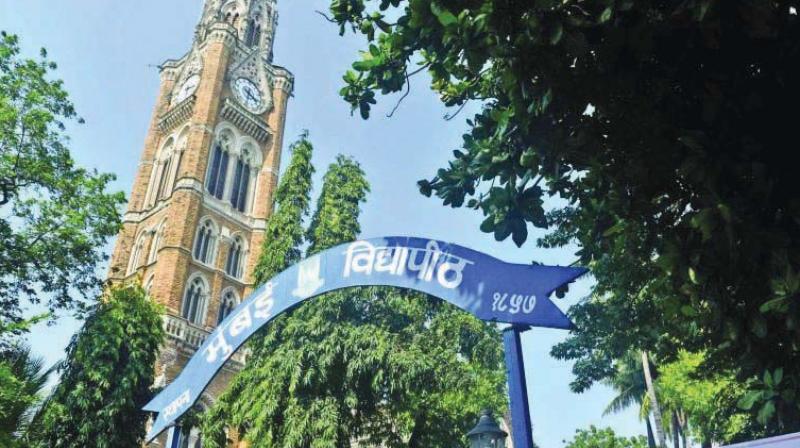 The University of Mumbai at Fort.

Mumbai: The number of revaluation applications that the University of Mumbai (MU) receives after every examination are on constant rise. According to the figures obtained by this newspaper from the examinations department of MU, in October 2017 it received 60,712 applications, which further increased to 76,828 in May 2018.

As per the data obtained by the department, the number of applications received till May 2017 was 85,068 and above. In another revelation, it was found that the students, who fail in their first attempt of assessment, tend to not only pass in the revaluation but also score double the marks than they scored earlier.

“In my three-year course, I must have applied for re-evaluation and photocopies around six to seven times. Most of the time I was quite sure as I had tallied marks myself and yet I scored a mark less than the passing marks. However, in the revaluation results, I used to magically pass with good marks. If only I had got the latter marks, I won’t go through the stress of failing and losing my money over the process which costed Rs 500 for re-evaluation and Rs 100 for photocopy,” an ex-student of MU told this newspaper.

Another student, who is currently pursuing a master’s degree at MU stated, “There is no accountability in the entire process. Nobody is bothered about why students tend to get high or better marks while literally both the time, it is the same answersheet. This clearly indicates that revaluation is a mockery of standard examination model.”

Since last year, MU has declared the fees of both revaluation and photocopy to Rs 250 to Rs 50, respectively. However, whatever the result is after revaluation, the amount paid is not refundable.

Vinod Malale, deputy registrar, exam department stated that the process of revaluation is an opportunity to the students which university gives them to score marks according to their performance.