A senior official on condition of anonymity said that the investigation is currently underway. 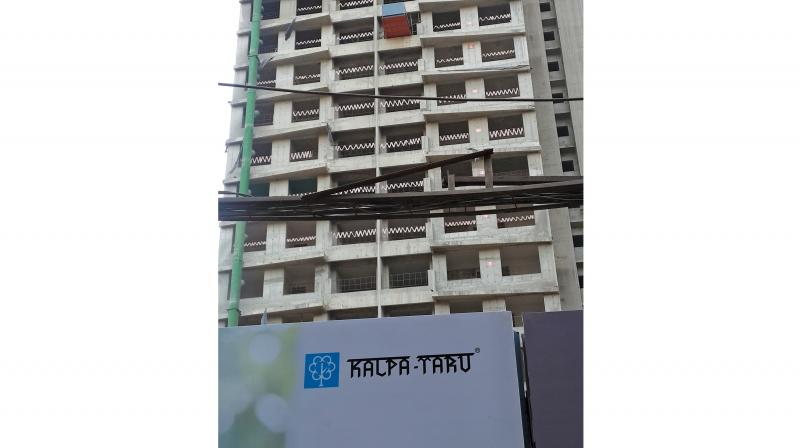 The building from which the labourers fell.

Mumbai: Two construction labourers, Riju Khan (26) and Ismail Sai (20), died on Tuesday after they allegedly fell off the 7th floor of an under-construction building in Goregaon (East) on Sunday. The Goregaon police has booked the two contractors, Minmay Suleiman Jana and Kurbaan Suleiman Shaikh, for not implementing safety measures while constructing a building.

According to the sources in Goregaon police station, the labourers at the construction site of Kalpataru’s Allura building at Siddharth Nagar in Goregaon (west) were provided safety helmet.  However, the sources added that safety precautions such as ropes, bamboo shafts, metal sheds and safety nets were not put in place.

At the time of the incident, the two deceased labourers were wearing the safety helmet and the jacket that was provided by the contractors, however footboards were not constructed on the walls of the lift shaft, due to which the labourers fell off the seven floor of the under construction building.

When The Asian Age contacted the Mofatraj Munot, owner of Kalpataru Constructions, he refused to comment on the matter. The PR agency hired by Kalpataru too has refused to comment. A senior official on condition of anonymity said that the investigation is currently underway.

Speaking to The Asian Age, investigating officer of the case, police inspector Sanjay Tupe said, “The accident took place on Sunday morning at 11.30 am, following which the two labourers were severely injured.” The Goregaon police has booked the two absconding contractors, Jana and Shaikh under section 304A for causing death by negligence.