Conservationists have been asking for the restoration the heritage tower since past few years. 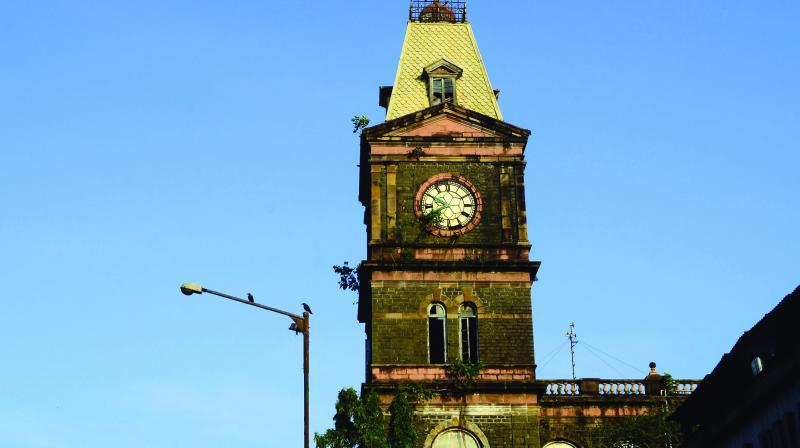 Mumbai: The MbPT (Mumbai Port Trust) lacks adequate funds to restore the century-old ‘Ghadiyal Godi’ (clock tower) at Princess Dock in Mumbai. According to an official, the authority plans to redevelop the tower and convert it into a museum, however they do not have enough finance to execute it.

The tower is the only one in the city to house ‘time balls’, which are installed in the towers during ancient times to deliver visual signals regarding the time. Conservationists have been asking for the restoration the heritage tower since past few years.

“The planning for Ghadiyal Godi (Godi means dock or lap where the ships can rest) is at a very initial stage and we are still checking the feasibility plans to restore it.

We have decided to restore the heritage structure and convert it into a museum, wherein through pictures or literature, history of the Mumbai Port will be depicted.

However it will require crores of rupees to restore it and to make it accessible. We lack enough finance for it now. It may take 2-3 months to kick-off the project,” said a senior official from the MbPT.

The plan was accommodated in the grand plans of developing the Eastern Sea Front.

The restoration of ‘Ghadiyal Godi’ is important because it is the only tower, which is significant in means of maritime heritage. The tower is the only one, which has historic time balls that are in condition of disrepair, and ruins, claim the conservationists.

“The time ball stopped functioning in 1944 because of a ship blast.

The tower depicts great significance of naval history and these are the prestigious things which shouldn’t be lost,” said Anita Kothare, from Friends of Museum, who conducts heritage walks in the city.