Sharad Pawar, the Nationalist Congress Party (NCP) chief has already made his intention of visiting Nanar on May 10. 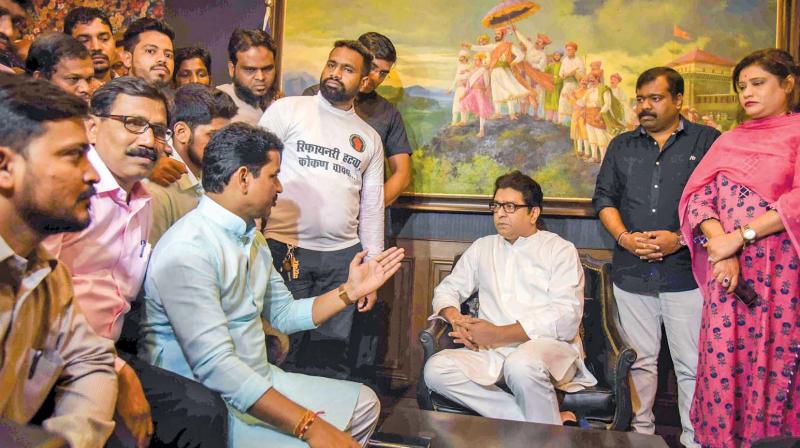 Mumbai: State leaders of the Congress party will visit the site of the proposed India-Saudi Arabia petrochemical complex in Ratnagiri on April 20 to support the villagers opposing the project. The Congress decision came after state party chief Ashok Chavan met a delegation of the villagers led by Ashok Walam here on Saturday.

Sharad Pawar, the Nationalist Congress Party (NCP) chief has already made his intention of visiting Nanar on May 10. Chavan said the government must not acquire village land with force and without farmers’ consent.

The Union government signed the agreement with a Saudi Arabian company on Wednesday for setting up the petrochemical complex in the Rajapur tehsil of Ratnagiri district.  Chief Minister Devendra Fadnavis has clarified that the agreement is for a project on the ‘western coast’ of Maharashtra and not Nanar in particular.

The villagers briefed Mr Chavan on the possible damage to the environment and financial loss to the villagers from the project. “We requested Mr Chavan to support us and make sure that this project does not come up in Nanar or adjoining area,” Mr Walam said.

Supported the villagers’ demands, Mr Chavan said, “If the government is trying to snatch land from villagers forcefully then the Congress party will not allow this to happen. We will come out on the streets and protest.”

Locals on Saturday started meeting political leaders to get support for their agitation against the Nanar Project. A group of locals also met MNS chief Raj Thackeray at his residence in Mumbai.

On April 11, a consortium comprising three major Indian oil marketing companies - IOCL, BPCL and HPCL signed a MoU with Saudi Arabian Oil Co, (Saudi Aramco), for setting up an integrated oil refinery and petroleum products complex in the eco-sensitive Ratnagiri. When completed, the Rs 3 trillion complex at Nanar will be the world’s biggest single-location oil refinery project with a capacity to process 60 million tonnes annually.

According to sources, Maharashtra CM has expressed apprehensions that if the project is opposed and not allowed to come up in Maharashtra, then it may be shifted to adjoining Gujarat.

Citing Mr Pawar’s decision to visit the site, Mr Walam said: “More leaders are coming to the proposed site of the project and seeing the ground reality.”