In keeping with the rules of medicine, a pre-natal check-up was done after which the parents were informed about the conjoined twins. 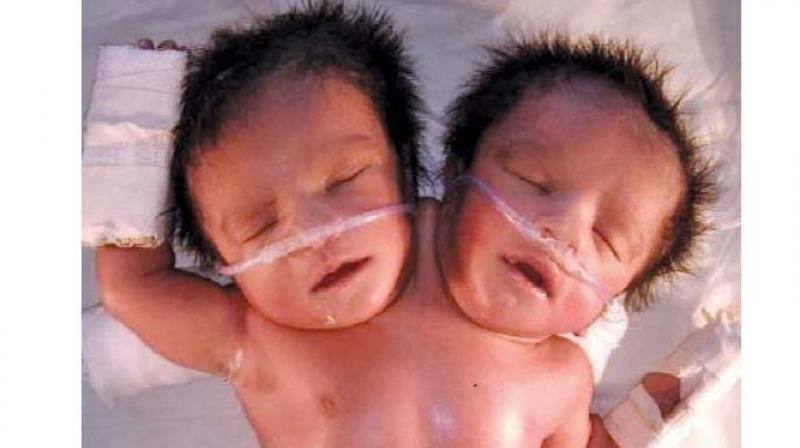 The conjoined twins had been admitted to the neonatal intensive care unit (NICU) of the civic hospital and their bodies have been kept for analysis and medical research.

Mumbai: The conjoined twins born on Thursday at Solapur’s civic Chhatrapati Shivaji Maharaj Sarvopachar Hospital succumbed to infection and died at around 8pm on Saturday.

In keeping with the rules of medicine, a pre-natal check-up was done after which the parents were informed about the conjoined twins. However, since the pregnancy was over 24 weeks’ old, the doctors were unable to abort the foetus.

Head of department at the paediatric unit, Dr Shakira Savaskar, said, “The conjoined twins died at around 5.50pm on Saturday. The parents gave us permission to store their corpses for analysis and medical research.”

“The baby boys who were delivered on Friday weighed 3.9 kg but had too many complications as the twins had two hearts but one torso. The newborn babies were breathing very heavily. Apart from this, the functioning of the lungs, intestine and oesophagus was also not normal. The twins were to remain in the NICU for a period of 15 days,” said Dr Savaskar.