Yogesh kambli, an Uber aggregator, said that it takes 30 minutes to an hour fill CNG at petrol pump stations. 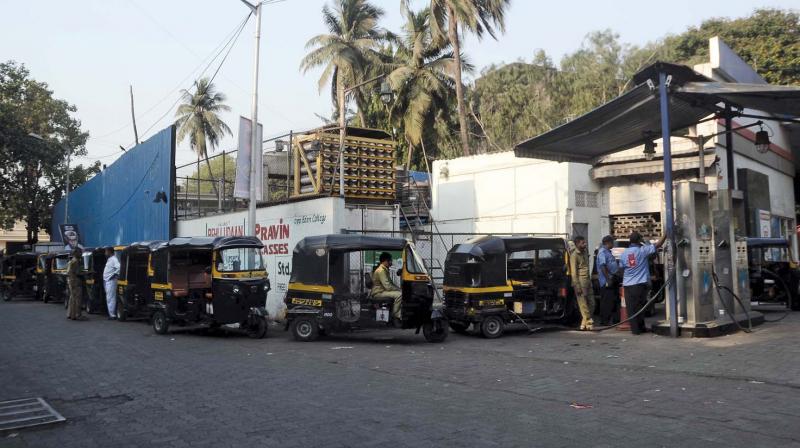 Users complain they have to wait for 30 minutes to refuel their vehicles with CNG.

Mumbai: While CNG is a safe and economical fuel, it finds takers only among public transport vehicles and not private vehicles due to the long wait for gas filling. According to users of CNG, it takes around five minutes to fill five kg of gas but five litres of petrol or diesel takes less than a minute.

Mohd Aslam Shaikh (52), who has a transport business in Jogeshwari, said, “I prefer diesel over CNG because vehicles are driven across the country and CNG stations are not available outside city, availability of gas stations in city has long queues costing us a lot of time. Besides, the pick-up slows down on using CNG. Moreover, the CNG cylinder occupies the space.”

He said, “As a businessman, I can’t go every now and then for the maintenance, hence I prefer diesel over CNG.”

Yogesh kambli, an Uber aggregator, said that it takes 30 minutes to an hour fill CNG at petrol pump stations. “Some times, I need to locate the CNG stations in Malad, main roads and high ways. There are several places where the private vehicles are being asked to line up with public transport like taxi and autos,” said Kambli, who standing in queue to fill the CNG at Walada petrol pump.