The project aims at identifying and addressing the behavioural pattern of drivers and coming up with solutions that could help reduce fatalities. 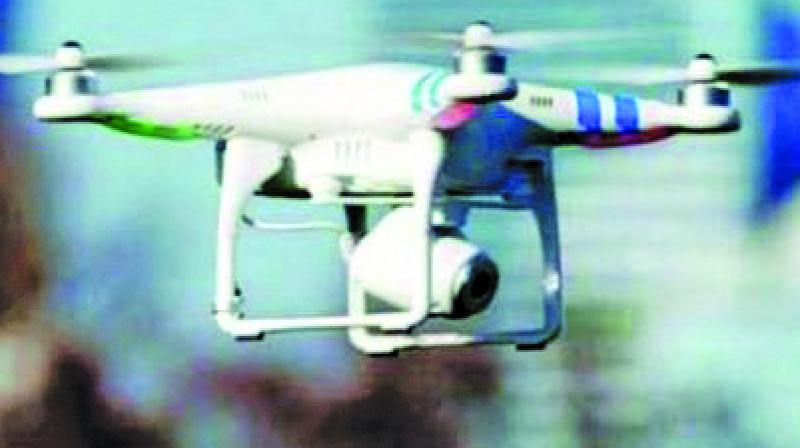 MUMBAI: The National Highways Authority of India (NHAI) has tied up with an NGO, Save Life Foundation (SLF), to reduce road fatalities and accidents on highways. As part of the project, drones will be deployed at various spots along the 95-kilometre stretch of Mumbai-Pune Expressway to aidvigilance and alert motorists about vehicles that may have stopped due to breaking down of the engine or other reasons.

The project aims at identifying and addressing the behavioural pattern of drivers and coming up with solutions that could help reduce fatalities. Taking note of the number of accidents on the Mumbai-Pune Expressway, the state highway authority, in collaboration with SLF has started an initiative where impact studies are carried out, whose results stated that two out of 50 accidents take place as vehicles stop on the Mumbai-Pune Expressway due to breaking down of engine or other factors.

In a bid to put a halt to the accidents led by the said reason, SLF will be deploying human-operated drones to keep a vigilant eye on any instances where cars are stopping. In instances where the cars halt on the side of the expressway, the drones will alert the state highway police to keep a barricade 100 metres before the halted car so that drivers approaching towards the car will be made aware that a car has broken down.

“The drones will prove to be a useful asset in such a situation, and they can definitely prevent accidents,” said Teja Shinde, a digital marketer, who travels from Mumbai to Pune at least twice a week.

Two years ago, the expressway had seen two deaths for every single kilometre of its length, resulting in about 165 deaths in a year.

“Now, thanks to some of our interventions in road engineering, and with large amount of help from authorities, the death rate has fallen below the 1.3 per kilometre annual death rate of the Mumbai-Pune Expressway,” said Piyush Tewari, CEO of SLF, which is helping the highway authorities overcome challenges to become safe.