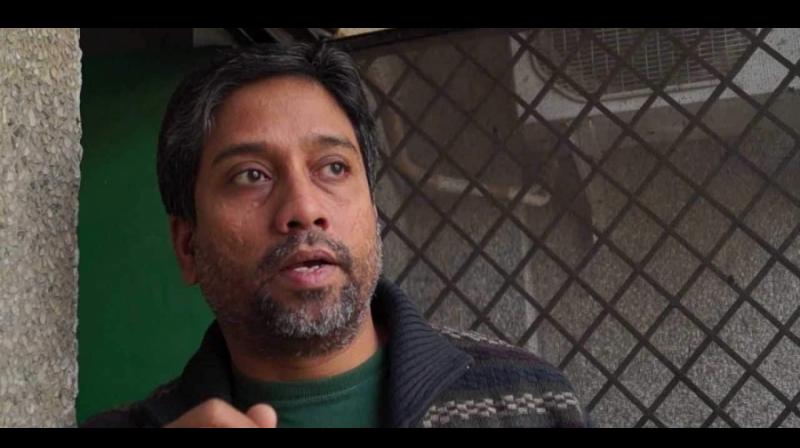 Babu was arrested by the National Investigation Agency in July 2020. (Photo: PTI/File)

Mumbai: Bhima Koregaon case accused Hany Babu has tested Covid positive, his family informed on Friday. The family has asked the Maharashtra government to shift him to a multi-speciality hospital.

Babu was admitted to the state-run JJ hospital on Thursday for the follow up treatment of his eye infection. “At about 7.30 pm [on Thursday], when Hany’s mother arrived at JJ Hospital to meet her son, she was informed by a nurse that Hany had tested Covid Positive. We are yet to receive any official information either from the prison or from the NIA. Despite requests we have not received any information regarding his CT count, his vital statistics and the results of any tests conducted,” the family said in a statement.

Urging the Maharashtra government to shift Babu to a better hospital, the family said, “It is an injustice that he had to suffer due to the negligence [of] state officials. We are dealing with an opaque and callous system which is deaf to our cries and blind to our pain.”

Earlier, his family had said that Babu, lodged at Taloja Prison in neighbouring Navi Mumbai, was suffering from acute eye infection and should get proper treatment. Babu was arrested by the National Investigation Agency in July 2020.

The Elgar Parishad case relates to alleged inflammatory speeches made at a conclave held in Pune on December 31, 2017, which the police claimed triggered violence the next day near the Koregaon-Bhima war memorial. Pune Police claimed the conclave was backed by Maoists. Later, the case was taken over by the NIA. Several other activists including Sudha Bharadwaj and Varavara Rao were arrested in the case.