It has been taken to the leopard rescue unit of the Sanjay Gandhi National Park. 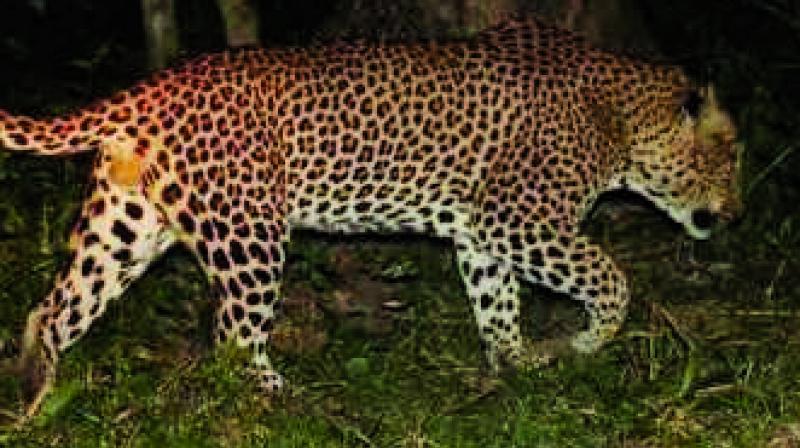 A team of 26 officials carried out the rescue operation.

Mumbai: An adult leopard that was sighted roaming in Marol locality since Sunday was finally caught on Thursday morning. Following alerts from residents near Halimabai Chawl, the forest department installed a cage on Wednesday to trap the leopard. Officials from forest department said that a three-year-old fully grown male leopard was trapped at 3 am on Thursday. It has been taken to the leopard rescue unit of the Sanjay Gandhi National Park.

The forest department stated that the cage was installed near an abandoned industrial unit along Military Road where the leopard was sighted. “We placed chicken inside the cage to lure the leopard. At present the leopard has been kept at the national park,” said Santosh Kank, range forest officer, Mumbai. A team of 26 officials carried out the rescue operation including deputy conservator of forest, Thane Division.

According to officials, the leopard is kept for observation in the SGNP and is undergoing medical tests, based on which it will be decided when to release the animal.

“We saw a leopard roaming around our chawl on Sunday, after which we informed the forest department,” said a resident of Halimabai Chawl.

Officials claimed that the leopard must have strayed from Aarey Milk Colony, located near Marol. “It indicates that Aarey Colony remains an important place for these leopards and how important it is for us to realise to not disturb them by pushing development projects here,” said Godfrey Pimenta, a Mumbai based activist.