The Union government is under attack for lynchings by its ‘supporters’. 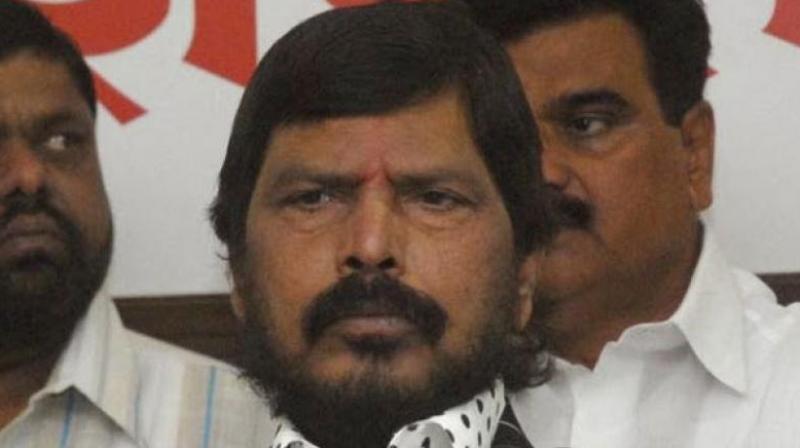 Mumbai: The Union minister of state for social justice, Mr Ramdas Athawale, on Friday condemned the self-proclaimed ‘gau rakshaks’ and their violent acts across the country. Mr Athawale also said that beef eating is everyone’s right and nobody can snatch it away. He was responding to the most recent instance of an attack on a Muslim on the suspicion of carrying beef which took place in Nagpur.

The Union government is under attack for the instances of mob lynching by its ideological supporters, with attacks on minorities, Dalits and others increasing in the recent past. Even Prime Minister Narendra Modi has spoken up against these attacks after a campaign to condemn these attacks got wide support in many cities of the
country

Mr Athawale mentioned PM Modi’s stand in his condemnation. “Modiji himself has spoken on the issue. Ongoing attacks by Gau Rakshaks are not only serious, but are also a threat to the harmony of the society. The law will take it’s own course against them,” he said.

In the Nagpur incident, which took place on Wednesday, four persons allegedly beat up Salim Ismael Shah (36), for carrying beef. While the man was indeed carrying meat, the attackers had no evidence to confirm whether it was beef, mutton or buffalo meat. A video of the incident went viral and was also shared by a private TV network, helped the police arrested the four.