BMC notice to Praja over ‘false’ claims in report

BMC accused Praja of misinterpretation of data and asked them to give clarification. 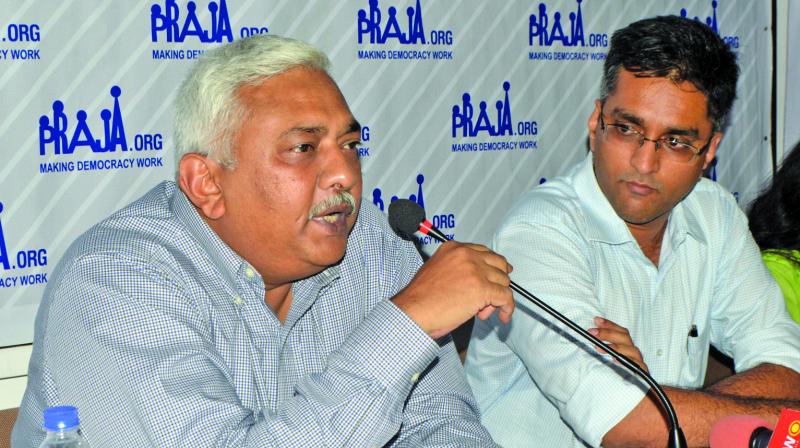 The NGO had released its health report in a press conference on Wednesday.

Mumbai: The Brihanmumbai Municipal Corporation (BMC) sent a notice to the NGO, Praja, for publishing wrong data about TB, dengue and malnutrition. The BMC has asked for a detailed explanation from Praja for manipulating information using the data collected from BMC based on RTI.

The health executive officer of BMC said the Praja data is not uniform and failed to consider the fact that weather cases are suspected or confined and they have ignored the procedural change involved in screening for malnutrition, while Praja says they have compiled data on RTI provided by the BMC.

BMC accused Praja of misinterpretation of data and asked them to give clarification. Otherwise, civic body will take legal action against them for defaming corporation.

On Thursday, the deputy municipal commissioner (public health) Sunil Dhamne and executive health officer, Dr. Padmaja Keskar  issued the letter to the managing trustee of  Praja, Nitai Mehta. “While publishing the data, you have not consulted any programme officers and not understood how it is to be analysed in a scientific way and that the fact should have been brought to the notice of public health authorities, before publishing the results,” read the letter .

Dr Padmaja Keskar, BMC’s executive health officer said, “The data is not scientific, they have procured it under RTI but failed to mention it clearly and manipulated it the way they want.”

The BMC has also taken cognisance in this matter and a decision has been taken that henceforth the data related to health following all government parameters would be put up on the BMC website so that NGOs like Praja Foundation will not file an RTI in order to get information of such nature and it won’t be misused further.

Milind Mhaske, Project Director of Praja Foundation, said, “We have received a letter from BMC, and we are looking at it in a positive manner since BMC has taken up the point.” When asked if BMC has asked for public apology and public clarification, Mhaske said, “ I will verify the data with my colleagues and we will consult our team and will revert to BMC in that manner.”