A team headed by inspector Santosh Dhanwat of GRP’s crime branch traced the call and they are officially probing the incident. 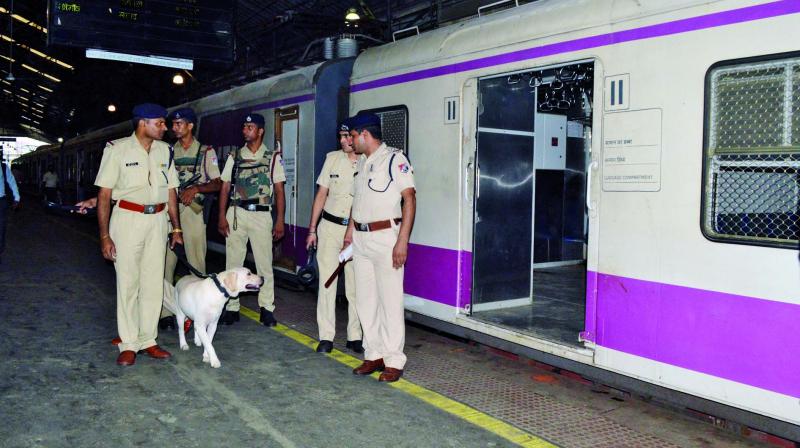 Police personnel carry out a search at Churchgate station on Thursday after the hoax threat. (Photo: Asian Age)

Mumbai: The hoax call that led to a bomb scare at Churchgate station on Thursday was traced to a public phone booth at Mahim by the railway police’s crime branch. However, the caller is still at large, officials said. At least four teams of the Government Railway Police (GRP), the state Anti Terrorism Squad (ATS), Mahim police and the Railway Protection Force (RPF) are conducting a parallel investigation in the incident.

A team headed by inspector Santosh Dhanwat of GRP’s crime branch traced the call and they are officially probing the incident.

“The case was registered with the CST GRP as the RPF’s control room of helpline 182 is located at CST. The call was received at the helpline. The call was made from a landline number,” said a GRP crime branch officer.

A preliminary probe into the incident revealed that the booth doesn’t have a CCTV camera and hence identifying the caller has become difficult. The officials said that the public booth is located outside the railway station in Mahim (east) and slums surround the place. There is also no CCTV camera on the road or in other establishments there.

The officials are scanning the slum pockets around the phone booth and questioning persons who were in the neighbourhood in a bid to identify the accused hoax caller.  The security agencies went into a tizzy after the call was received and a massive combing operation were launched. The checking continued on Friday too and several teams of the police and other agencies again searched each and every nook and corner of the station, officials said.