The bench asked the state government about its stand on the petition and what it was going to do about it. 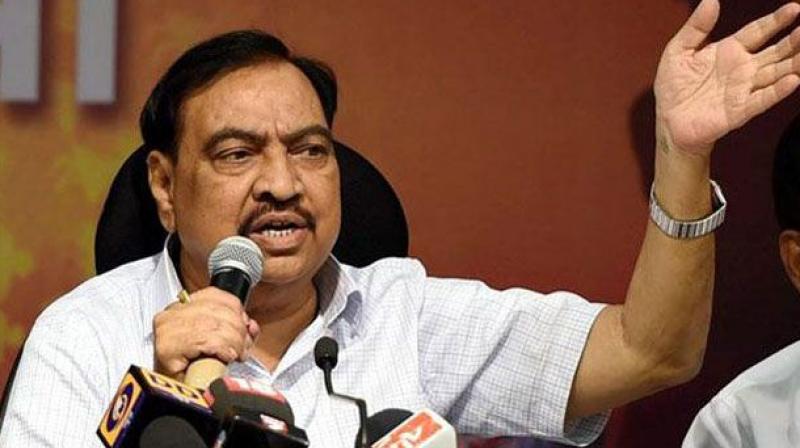 Mumbai: The Bombay high court has granted the state government three weeks’ time to inform about the steps it has taken to probe allegations of disproportionate assets against BJP leader Eknath Khadse in a PIL filed by AAP member Anjali Damania.

The petition, which was filed by Ms Damania earlier this year, came up for hearing for the first time before a division bench of justice A.A. Sayed and justice M.S. Karnik. The bench asked the state government about its stand on the petition and what it was going to do about it.

Speaking about her petition, Ms Damania said, “We have given all details of scams in which Khadse has been involved. The kickbacks he received in the form of land, bungalows, houses... We have given a whole list of his properties and disproportionate assets.”

According to Ms Damania, Khadse in his first affidavit said that he was a farmer by profession and had made his money from farming to which she gave details of rain conditions and non-availability of water in the rivers there. She alleged that other farmers were not getting anything so how come only one person was earning so much.

Ms Damania has demanded a thorough investigation into the allegations made by her in her petition. When the bench sought the state’s reply on these allegations made in the petition, the government pleader sought time to file a reply and the judges granted three week’s time and deferred hearing.