The bench said that it was the state’s obligatory duty to provide basic facilities to such schools. 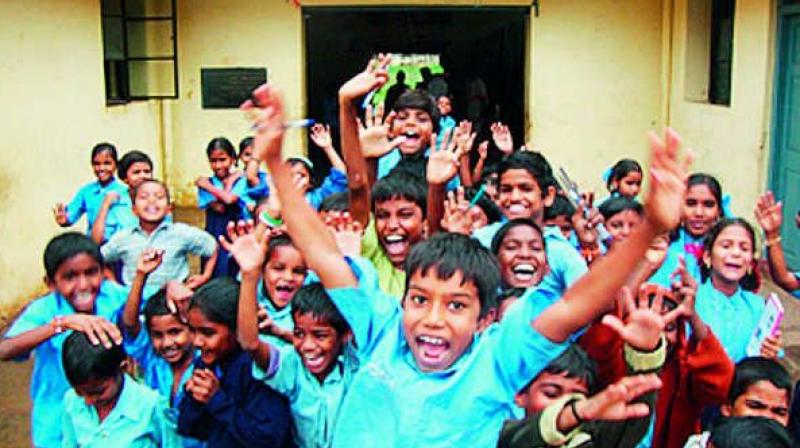 The court was hearing a PIL filed by Ravindra Talpe about the bad conditions of ashram schools. (Representational image)

Mumbai: Pulling up the state for its alleged apathy over the lack of basic amenities and death of students in ashram school, the HC on Friday directed the secretary of tribal welfare department to provide basic facilities to these schools. It also asked for the provision of sanitary napkins for the girls in studying in Ashram schools and directed the state to file a compliance report by August 11.

The division bench of Justices R.M. Savant and S.S. Jadhav on Friday directed the secretary of state’s tribal welfare department to comply with the court’s directions and file an affidavit by next month. The bench observed that immediate action is required for providing basic facilities like toilets, drinking water, medical treatment and sanitary napkins.

When the bench was informed that in almost 50  per cent of Ashram schools, posts of the female warden are lying vacant, the judges said that the state should appoint a female warden in each school.

The court was hearing a PIL filed by Ravindra Talpe about the bad conditions of ashram schools. The petitioner pointed out that due to lack of basic amenities and safety measures, many students have already lost their lives. Citing various official figures, the petitioner informed the court that around 793 students have died in the last decade due to snake and scorpion bites or fever or other minor illnesses.

Justice Jadhav asked, “What is necessary to curb such deaths? A committee or a ground action plan?” Expressing concerns over unavailability of basic amenities in ashram schools, she said it was “ridiculous”. The bench said that it was the state’s obligatory duty to provide basic facilities to such schools.

The bench also said that the state is only passing resolutions and appointing committees, but no actions has been taken to provide the basic amenities to students.