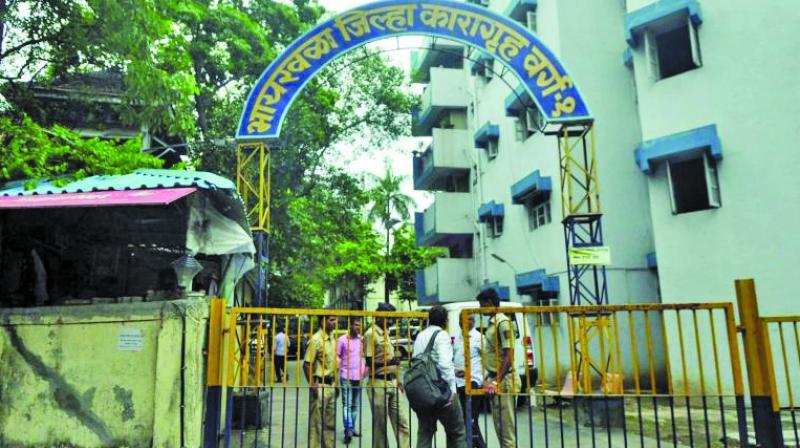 The cops are also yet to receive a copy of Kadam’s application that was submitted by his lawyer Nitin Satpute to court.

Mumbai: In what would resemble a movie script, MLA Ramesh Kadam claimed to be an eyewitness to the alleged destruction of evidence following the murder of Manju Shetye, an inmate in the Byculla women’s prison. But the Mumbai crime branch has yet to receive the CCTV footage of the incidents of June 24, with which they could corroborate his claims.

In an application moved before the Esplanade court by Kadam’s lawyer on Friday, the arrested MLA stated that he saw four convicts being sent inside Shetye’s barrack on the night of June 24, to clean the blood and stick that was used to sexually assault Shetye.

His application further stated that the pieces of evidence were collected and disposed off in a garbage truck on the morning of June 25. Kadam claimed that the sequence of events had been captured by the same CCTV camera, which had captured Shetye being dragged inside the prison’s barrack number 5 located on the first floor, where she was beaten to death.

“We are yet to get the complete CCTV footage pertaining to the murder and the rioting. As of now we have received footage of only June 23, in which we can see Shetye captured and being dragged inside her barrack. The footage of June 24 is yet to be received from the state’s forensic sciences laboratory,” said a senior crime branch officer. The cops are also yet to receive a copy of Kadam’s application that was submitted by his lawyer Nitin Satpute to court. A copy of the same application has also been submitted to the CM.

“My client witnessed the suspicious activity from the window of his barrack, which is located opposite to Shetye’s barrack. DIG Swati Sathe and jail superintendent Chan-dramani Indurkar came on the evening of June 24 to the prison, and the evidence was destroyed the same night. We have moved an application before the court seeking a case be filed against Sathe and Indurkar, for destruction of evidence and criminal conspiracy,” said the advocate.

The six arrested prison staffers, Manisha Pokharkar, Bindu Naikade, Waseema Shaikh, Sheetal Shegaonkar, Surekha Gulve and Aarti Shigane were produced before the Esplanade Court on Friday and were sent to 14 days judicial custody.  All six will be lodged at the Thane Central prison and not the Byculla prison, as they were attached there.

On June 23, inmate-cum-barrack warden, Manju Shetye had a run-in with the prison staffers over what is stated was her pointing out on the shortage of stock of food. The six arrested prison staffers had alledgedly attacked and brutally assaulted her. She was lying unconscious for hours after which inmates took her to the washroon, post 5pm. She was then taken to JJ Hospital, where she was declared dead on arrival.