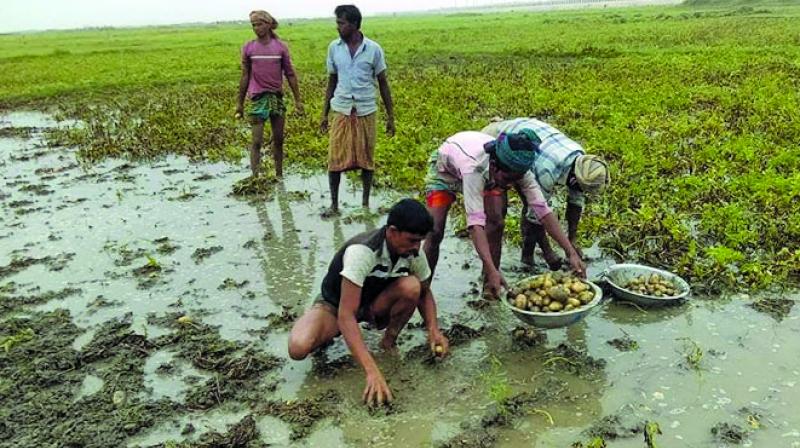 The rains since July 1 have especially provided succour to central parts of the state that are major producers of food grains.

Mumbai: The southwest monsoon has covered all parts of Maharashtra, spreading cheer among farmers and providing relief to the state administration.

The rains since July 1 have especially provided succour to central parts of Maharashtra that are major producers of food grains. An official of the Indian Meteorological Department (IMD) said, “For the first time in July, the southwest monsoon has brought rains to all parts of the state. There had been showers since July 1, but they were of low intensity and scattered. It is good that the entire state is now covered.”

“The central parts of the state — comprising north Maharashtra and Marathwada — received showers of medium intensity. It will be helpful for farmers as the state was facing a potential challenge of the second round of sowing in the region,” the official said.

Maharashtra agriculture minister Pandurang Fundkar told reporters that sowing on over 66 per cent of the total area had been done during the ongoing Kharif season. The state administration was a bit worried over delay in rainfall and chief minister Devendra Fadnavis had even issued an advisory for postponing the sowing, Mr Fundkar said. “As of today, sowing has taken place on more than 66 per cent of agricultural area in the state. We are a bit relieved now,” he said.

A report from Nashik said that incessant rains lashed the city and other parts of the district after a dry spell, leading to waterlogging in low-lying areas. The water level of the Godavari river had risen following the heavy downpour since Thursday night in the catchment areas, an official said. The irrigation department had not released water from Nashik’s Gangapur dam owing to heavy rains.