The flights at Mumbai airport in the morning also witnessed delayed by around 15 minutes. 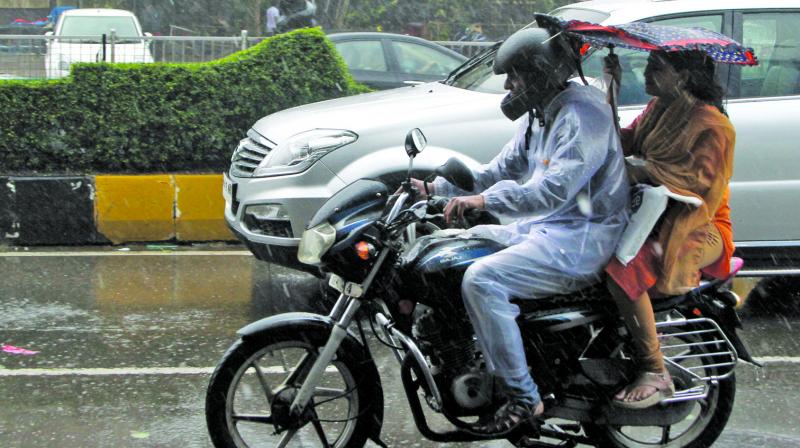 Mumbai: The city received intermittent rains throughout Friday, which brought down the temperature slightly in the city as compared to Thursday. The showers disrupted train services on suburban line. Long-distance trains were also delayed due to rail facture caused by heavy rains. The flights at Mumbai airport in the morning also witnessed delayed by around 15 minutes. However, no major water-logging was witnessed in the city.

The IMD stated that the state’s temperature would be below normal (i.e. 1.6°C to 3.0 degree C) at many places. On Saturday, heavy rains are expected in isolated places in Marathwada, and intermittent showers are likely to occur in the city.

The rains disrupted suburban and long distance trains on Friday. Long-distance trains on Konkan Railway line were delayed due to soil erosion. The Central railway witnessed an engine failure along with rail fracture, resulting in disruption of train service on the line.

On the Harbour line, a tree fell on to the pantograph during peak morning hours, leading to delay in trains services between Coottoj Green and Dockyard Road.

A rail fracture between Kalwa and Mumbra led to the suspension of services from 9.00 am to 9.30 am, hitting the slow line towards Kalyan end.

Flights faced a minor delay of around 15 minutes on Friday morning.