The song blames the civic body for city’s monsoon woes. 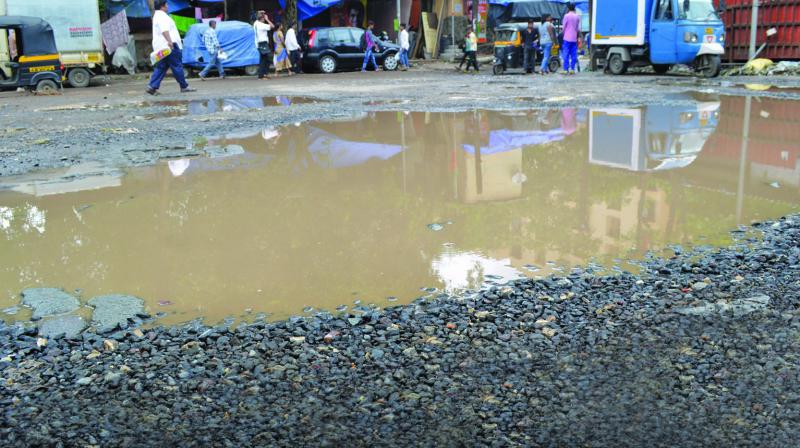 The activist said that the song depicts the frustration of citizens.

Mumbai: A parody song has gone viral on social media and has become a talking point in the city. Sung by radio jockey Malishkaa on 93.5 Red FM, it blames the BMC for the monsoon woes that Mumbaikars have to face every year, beginning with the potholes menace, the traffic jams on roads and railway disruptions. Understandably, it has not gone down well with the Shiv Sena, which is ruling party in the BMC.

Shiv Sena activists have slammed the FM channel and its RJ, demanding to know why they were trying to defame Mumbai. The citizens of Mumbai believe in the BMC, but you do not have faith in the civic body, they said. “It is a deliberate attempt to malign the image of the BMC,” said BMC house leader and Sena corporator Yashwant Jadhav.

Terming the RJ  ‘childish,’ Mr Jadhav said, “She has raised issues like traffic and the speed of trains in her song. But neither of the issues have anything to do with the BMC. While traffic department belongs to the state government, the railways are under the centre’s jurisdiction. As far as roads are concerned, some of the roads in the city belong to state government’s PWD and MSRDC departments. How can you hold BMC responsible for all problems in the city?” Despite various attempts, the Red FM authorities remained unavailable for comments.

However, civic activists have said that there is some truth in the issues raised in the parody song.  Activist Mahendra Hemdev said, “The song depicts the frustration of citizens with the problems faced during monsoon. The pre-monsoon preparedness works carried out by the BMC are always sub-standard, due to which citizens have to face many hardships. Instead of criticising the song, the Sena leaders need to play a more pro-active role to solve the city’s problems.”

Titled ‘Mumbai, Tula BMC var bharosa nai ka?” (Mumbai, don’t you have faith in the BMC?), the song goes on to say that Mumbaikars have lost all confidence in the civic body for tackling the monsoon problems. The first stanza of the song talks about the potholes on the roads due to zol (read corruption) in road works.

The second talks about traffic jams in the city, which the traffic signals have failed to tackle, while the third stanza blames the slow moving local trains on the incessant rains in the city.

Origins of the song

The parody is supposedly based on the popular Marathi folk song “Sonu tujha majhyavar bharosa nay kay? (Sonu, don’t you have faith in me?) sung by Ajay Kshirsagar and Bhagyashali Kshirsagar. The lyrics talk about a boy’s attempts to impress a girl.