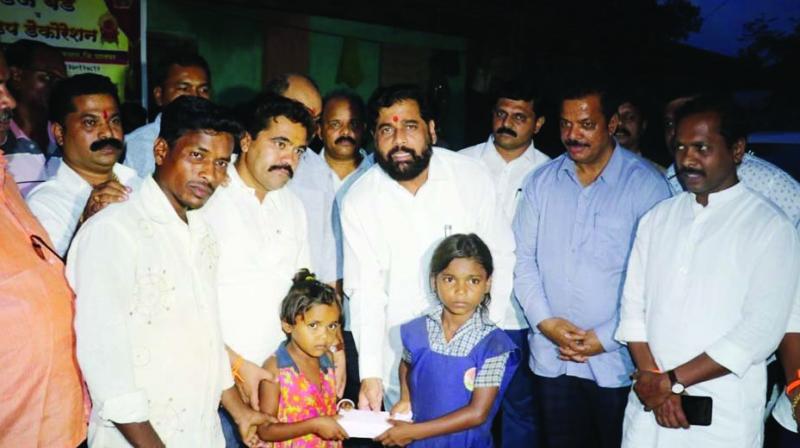 Eknath Shinde with the orphans.

Mumbai: Shiv Sena has stepped forward to take up the responsibility of three children, who lost their mother to suicide at Jawhar in Palghar district.

While the woman and her three-year-old daughter Deepali died, the infant survived and was undergoing treatment at a local hospital where her condition was reported to be critical.

However, two of her elder daughters escaped the incident as they were at school. According to party sources, senior Shiv Sena leader and public works department minister Eknath Shinde, met the three children on Saturday and deposited Rs 1 lakh as fixed deposit for each child.

Apart from this, Rs 5000 will be given each month for the upbringing of nine-year old Vrushali. He has also directed the party authorities to provide proper medical facilities to the infant who is battling for her life in the hospital.

According to Ruksana’s mother, she was apparently suffering from depression after her husband ended his life by hanging himself a month ago owing to financial distress and prolonged unemployment.