While small plastic flags meant for cars and office desks were a staple till last year, they have all but disappeared owing to the plastic ban. 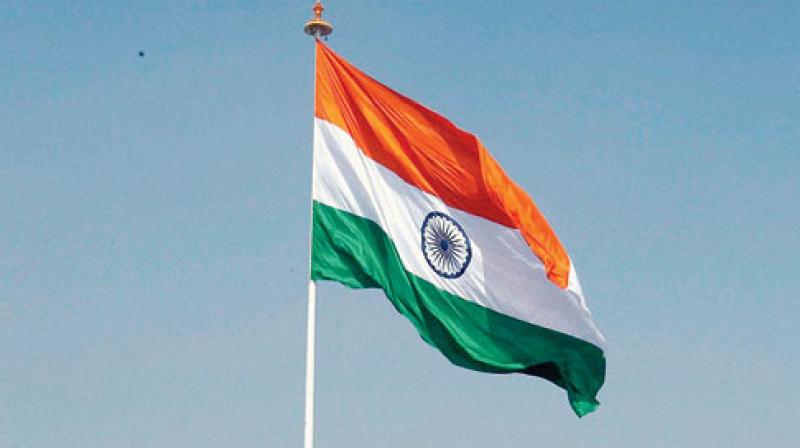 Mumbai: Like every year, big and small national flags have started selling at traffic signals, roadside stalls and shops in the city ahead of Independence Day celebrations but there is a marked difference this time around – plastic flags have been replaced by paper ones in the wake of the state plastic ban.

While small plastic flags meant for cars and office desks were a staple till last year, they have all but disappeared owing to the plastic ban. Ahead of India’s 72nd Independence Day on Wednesday, this reporter chanced upon a schoolgirl selling several articles with the tricolour as theme at a Bandra traffic signal.

The girl named Tulsi Hadpati, said, “I attend school in the morning and sell this stuff after school as it adds to my family’s income, however small the contribution may be. My mother makes festoons and the earnings help feed my family.” Tulsi, a Class five student of a Bandra civic school, mentioned that the family had a huge stock of plastic flags but ever since the plastic ban, it had been rendered useless.

A Dadar stall-owner selling paper flags and woolen tricolour-themed wristbands, Rohit Malliiva (30), said, “This year, we have replaced plastic with clo-th, paper, satin and wool due to the plastic ban. We have made pens from recycled material with the tricolour embossed on it.”