BMC has already brought Humboldt penguins in the first phase of restoration. 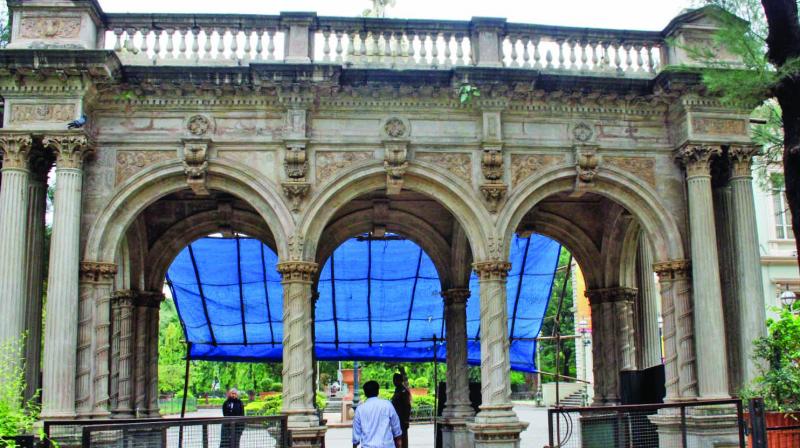 On Friday, the BMC official took possession of the seven-acre plot, located next to the Byculla Zoo.

Mumbai: After the acquisition of adjoining Mafatal Mill plot at Byculla Zoo, the Brihanmumbai Municipal Corporation (BMC) has prepared a master plan to develop the land for accommodating exotic animals, which will be brought from across the world. The plan will be soon sent to the Central Zoo Authority for approval, said zoo officials.

On Friday, the BMC official took possession of the seven-acre plot, which is located next to the Byculla Zoo, also known as Veermata Jijabai Bhosale Udyan and Zoo.

“The civic body has started its designated activities for the extension of zoo on the said plot of Mafatlal Mill area. The master plan for the area, which will be developed to construct accommodation for animals, has been prepared and will be sent to Central Zoo Authority of Ministry of Environment and Forest in New Delhi for approval,” said a senior civic official.

According to a notification issued by the urban development department in 2004, around 14 acres was leased out to MIL in 1913 for a period of 99 years. However, in the development plan of 1991, half of the land amounting to around seven acres was reserved as extension to the Byculla Zoo. The MIL, in 2016, approached the HC through a writ petition claiming its rights to the land. But their claims were
rejected.

The HC’s decision to reinstate the allotment of adjoining seven acres of plot to the BMC will expedite civic body’s plans to bring exotic animals such as kangaroos, giraffes
and zebras at Byculla Zoo. “The additional land will be used for developing enclosures for new animals, which are expected to arrive at the zoo in near future,” said a zoo official.

In the first phase of restoration of Byculla Zoo, the BMC has already brought Humboldt penguins. In the second phase, domestic animals like tigers and lions are likely to be procured. In the third phase, it is planning to bring in African and Aust-ralian animals. However, the plans were put on hold for the lack of space in the zoo.