The commission also made it clear that it cannot keep a watch on every hoarding that is displayed in the country during elections. 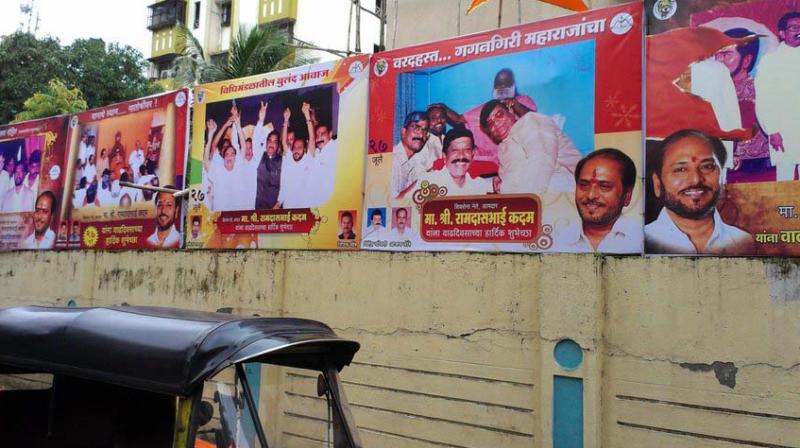 Mumbai: The Election Commission of India (ECI) has made a statement before the Bombay high court that there is no provision in the ECI rules to cancel the registration of political parties for displaying illegal hoardings.

The commission also made it clear that it cannot keep a watch on every hoarding that is displayed in the country during elections. On Friday, the ECI informed the court that it was impossible to take strict or punitive action against political parties for illegal hoardings and banners.

It further submitted that while parties pledged not to deface public property at the time of their registration, they often went on to break that pledge. Still, no political party had faced deregulation proceedings due to defacement till date. The ECI further suggested that the state and municipal bodies look at formulating more strict laws against such defacement.

A division bench of Justices Abhay Oka and M.S. Sonak was hearing a bunch of PILs filed by NGO Suswaraj Foundation and activist Bhagwanji Rayani, seeking removal of illegal hoardings throughout the state.

The petitioners argued that these banners were defacing cities of the state and sought action against corporations that were allowing such banners.

They said that the court had passed a comprehensive order to remove hoardings and that the parties comply with the same.

The court then asked the ECI whether it could frame guidelines for political parties to help regulate the defacement of public property by illegal hoardings routinely put up by these parties in violation of municipal norms.