The Tanzania national was stopped because of his suspicious behaviour. 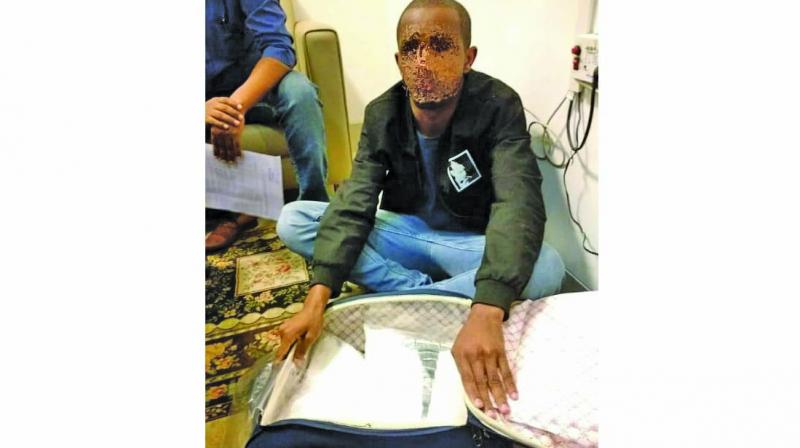 Mumbai: The Central Industrial Security Force (CISF) officials at Mumbai international airport on Friday intercepted a Tanzanian national, who was in possession of 6 kg of ephedrine, a banned narcotic substance. The flier was stopped because of his suspicious behaviour and his luggage was checked. The accused has been handed over to the Narcotics Control Bureau (NCB) for further investigation.

The arrested person was identified as Ibrahim Abdulla Shabani, who was leaving for Muscat via Oman Airways. Shabani was getting his luggage checked when the CISF personnel found something suspicious inside his check-in baggage, which reflected on the screen. The same thing happened during x-ray checks of the baggage as well. “We then asked that his baggage be opened for manual check when we found the package with the banned substance in crystal form. We verified it and found it to be ephidrine, which has been seized,” said an officer.

The CISF detained Shabani at around 1.55pm, around two hours before his flight was scheduled to depart from the international airport’s Terminal 2.  Officials are now checking his travel history to ascertain the country from where he procured the package of the banned drugs.

Shabani has been booked by the NCB in a case as per the provisions of the Narcotic Drugs and Psychotropic Substances Act. He will be questioned in detail over his past visits to India or transit via the country. Officials have also sought for his past record, if any from all concerned agencies.