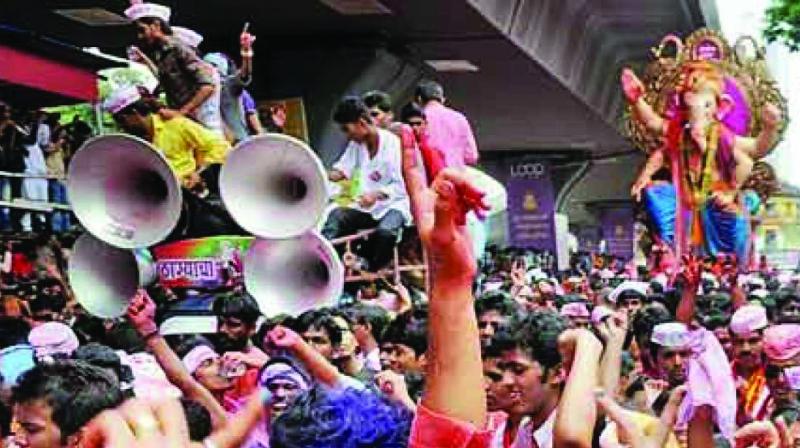 The PIL was filed by PALA opposing government ban on use of Dolby systems, DJs.

Mumbai: The Bombay high court on Friday said that it cannot ignore noise pollution during festivals. The high court asked the state government to explain its stand on declaring a ban on DJs and Dolby sound systems. The court was hearing a PIL filed by the Professional Audio and Lighting Association (PALA), opposing the state government’s decision to ban DJs and Dolby systems during Ganesh immersions. The court supported its ban saying that despite giving an undertaking, everyone violated noise norms. A division bench comprising of Justices Shantanu Kemkar and Sarang Kotwal kept the matter for further hearing on September 19.

Advocate Talekar further pointed out that the Ganesh festival was a time in which the demand for DJs and Dolby systems surges. The livelihood of about 20,000 people was
dependent on DJs and Dolby sound systems and therefore, there was an urgent need to remove the ban.

It was rather discriminatory to impose a ban on DJs and Dolby systems, when there was no ban on any other instrument and live performances in orchestras and concerts as well as loudspeakers and public address systems. What was important was that nothing, including firecrackers, machines, DJs, Dolby systems, public address systems, dhols, tashas, zaj, nagara etc. produce sound beyond permissible limits.

The chief government pleader Abhinandan Vagyani supported the ban saying that everyone violated noise norms despite tendering undertakings, and sought time to file a reply.