According to the minister, a similar incident of grid failure had taken place in 2011 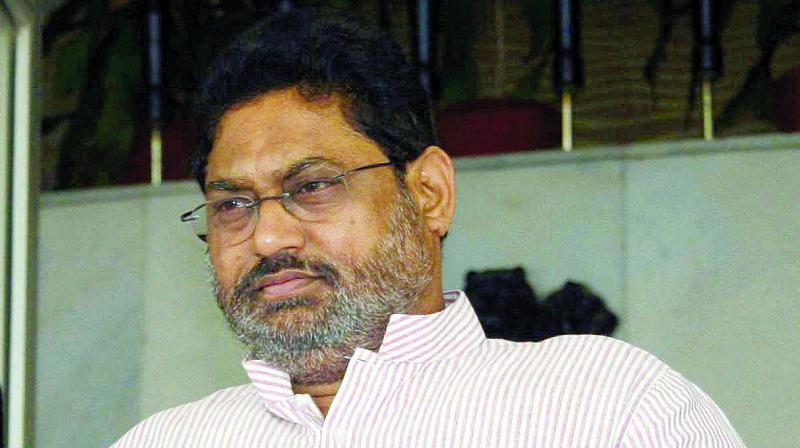 Mumbai: Giving a fresh twist to the power outage issue in Mumbai and surrounding cities, Maharashtra Energy Minister Nitin Raut has expressed the possibility of a sabotage behind the incident. All angles of foul play will be looked at for the blackout, he said on Wednesday.

“Possibility of a sabotage cannot be ruled out in respect of power trip that resulted in blackout on October 12 at Mumbai, Navi Mumbai and Thane,” Raut tweeted. A high-level inquiry will be held and strong action will be taken against the guilty officials, he added.

Life in Mumbai, the financial capital of the country, was heavily crippled on Monday morning due to a major grid failure, which resulted in a massive power outage. The three-hour-long blackout left Mumbai city and the suburbs in Mumbai Metropolitan Region (MMR) without electricity, causing huge inconvenience to people. Power outages were reported from nearby cities like Thane, Palghar, Navi Mumbai, Panvel, Dombivali and Kalyan as well.

“The power breakdown in Mumbai was not a small issue. Our team was working on the 400 KV Kalva-Padga line and the load was shifted from circuit 1 to 2. But, due to the technical problem, the Kharghar unit stopped. There was islanding in Mumbai which shouldn't have happened. This is the reason that possibility of sabotage is suspected,” Mr Raut said.

According to the minister, a similar incident of grid failure had taken place in 2011. An inquiry committee was set up and it had recommended guidelines to prevent such incidents in the future. An Action Taken Report (ATR) has been sought to find out about the implementation of those guidelines, he added.

A technical team from the Centre is in Mumbai to study the reasons behind the power failure and it will submit its report in a week, said Mr Raut.

Meanwhile, BJP leader Ashish Shelar has demanded a probe by investigation agencies on the issue. “If the energy minister is suspecting sabotage behind the power outage, has he informed the investigative agencies about it? There should be a probe by these agencies in this case,” he said.