The bank customers have lost more than Rs 3 crore at least. 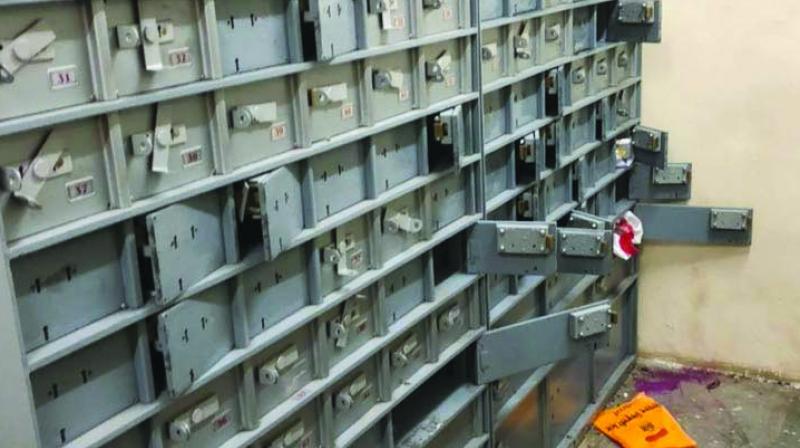 The robbers had decamped with cash and jewellery from 30 of the bank’s 225 lockers. The bank customers have lost at least Rs 3 crore.

Mumbai: The Navi Mumbai police has identified four persons who were a part of a group that burgled a Bank of Baroda branch in Juinagar over the weekend by digging a 25-foot tunnel into its locker room from an adjacent farsan shop that they had rented in May. The gang is said to be from Jharkhand. The robbers had decamped with cash and jewellery from 30 of the bank’s 225 lockers. The bank customers have lost more than Rs 3 crore at least.

The suspects are believed to be part of a gang that has struck in Navi Mumbai and Pune using the same modus operandi. The police determined their identities on the basis of footage recovered from CCTV units outside the bank and the statement given by the owner of the shop.

Several locker renters are dejected as the bank failed to secure their hard-earned money. One of them, Sharad Mhatre, said, “Why couldn’t the watchmen keep an eye what was going on? I pay `3,000 per year for the locker and now my money and my ancestral jewellery is gone because of the bank’s carelessness. Banks should be fined for not providing proper security.”

He added, “Shops that are adjacent to banks should be checked properly and security guards should work vigilantly.”

Deputy commissioner of police Sudhakar Pathare told The Asian Age, “We will investigate about the every aspect and norms that bank didn’t follow in terms of security.”