The MPCB monitored noise levels of around 45 locations in the city. 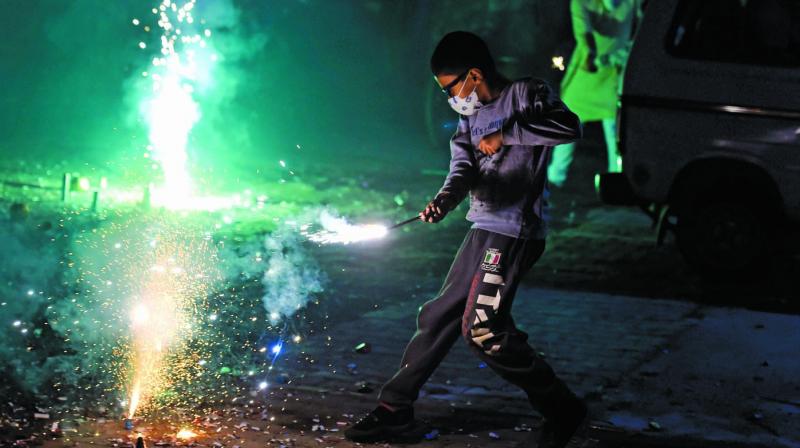 The readings were compared with three days of Diwali from last year. (Photo: PTI)

Mumbai: Official data by the Maharashtra Pollution Control Board (MPCB) confirms that Diwali this year was quieter than last year. The MPCB officers have stated that it was due to timely action taken by Mumbai police and proper implementation of Supreme Court’s order regarding bursting of firecrackers.

The Maharashtra Pollution Control Board monitored noise levels of around 45 locations in the city including South Mumbai and Western and Eastern Suburbs. The readings were taken from November 7, a day before Diwali till November 9 during both day and night. The readings were compared with three days of Diwali from last year.

“On the Diwali day, this year the noise levels on both day and night time went up to 75 decibels in few places, while many places recorded up to 65 dB. This is in complete contrast with the celebrations last year when the decibels levels were recorded in 80s,” said a senior MPCB official.

The MPCB maintained that this year’s Diwali was also the quietest since 2016 and have claimed that the noise readings also include ambience noise from other sources apart from firecrackers.

“This year, the police has taken immediate actions on the complaints made by residents about flouting the deadline of bursting firecrackers. The noise levels, especially during the day time also include decibel levels from other sources like transport and private vehicles, construction work among others,” the official added.