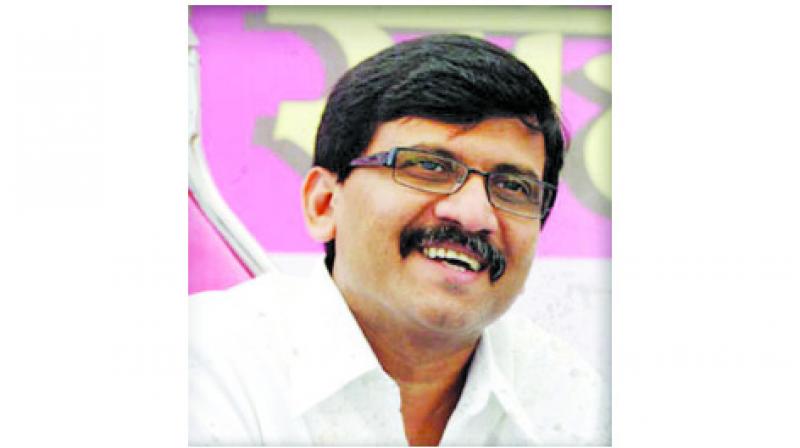 Mumbai: Even as Bharatiya Janata Party (BJP) leaders are celebrating the Supreme Court verdict on the Rafale jet deal as a victory of the Narendra Modi government, its alliance partner Shiv Sena begs to differ. In fact, Shiv Sena leader Sanjay Raut on Friday stated that the Rafale deal, as well as Ram Mandir issue, could not be decided by courts and these issues would instead have to be judged in “the people’s court”.

The Shiv Sena member of Parliament also credited Congress president Rahul Gandhi for making the people aware of the jet deal “scam”. He claimed that the BJP lost three state Assembly elections because or adverse public opinion against it over the Rafale deal.

Maharashtra chief minister Devendra Fadnavis Friday hailed the Supreme Court verdict on the procurement of Rafale fighter jets and demanded that Mr Gandhi apologise to the nation and Prime Minister Narendra Modi. In its verdict Friday, a Supreme Court bench headed by Chief Justice Ranjan Gogoi said there is no occasion to doubt the decision-making process in the procurement of 36 Rafale jets from France. The apex court said observed that there was no substantial evidence of commercial favouritism to any private entity

Hitting out at the Congress chief, Mr Fadnavis accused Mr Gandhi of “compromising” the security of the country and “defaming” the country among the international community. “TRUTH is like the Sun! Hon Supreme Court dismisses any probe into the #RafaleDeal & our stand is vindicated (sic),” Mr Fadnavis tweeted Friday.