The enforcement Officials detained Air India passenger while he was going through customs clearance. 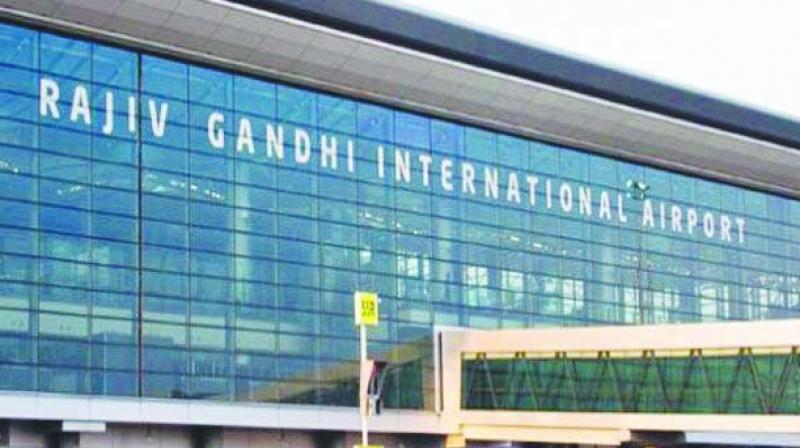 The passenger was arrested by customs officials at the Rajiv Gandhi International Airport, Hyderabad on Sunday.

Mumbai: The Air Intelligence Unit (AIU) of Hyderabad Airport Customs intercepted a passenger on Sunday. The passenger, identified as Thawani Vijay Gul, was flying from Air India’s AI 966, which takes off from Jeddah to Mumbai via Hyderabad.

Gul was trying to smuggle about 1.19 kg of gold in his rectum through the Rajiv Gandhi International Airport. The enforcement officials detained him while he was going through customs clearance. “The passenger, a resident of Ulhasnagar, Mumbai, had concealed six foreign origin gold bars in his rectum,” an official said. The thorough interrogation and further investigation revealed that he wasn’t smuggling gold for the first time. An AIU official said that Gul was a frequent smuggler. The senior AIU official said, “He has made four visits since January 2017. He has visited 18 times since September 2016.”

Although the passenger tried to take the green channel declaring he was not carrying anything dutiable, customs officials took him for frisking, following a tip-off. “The passenger was uneasy while walking and was nervous,” an official said. Customs officials suspect the passenger inserted the bars into his body in the aircraft’s washroom minutes before he disembarked.