Amarjeet Singh Chawla wants to complete 100 half-marathons, while his health permits him to. 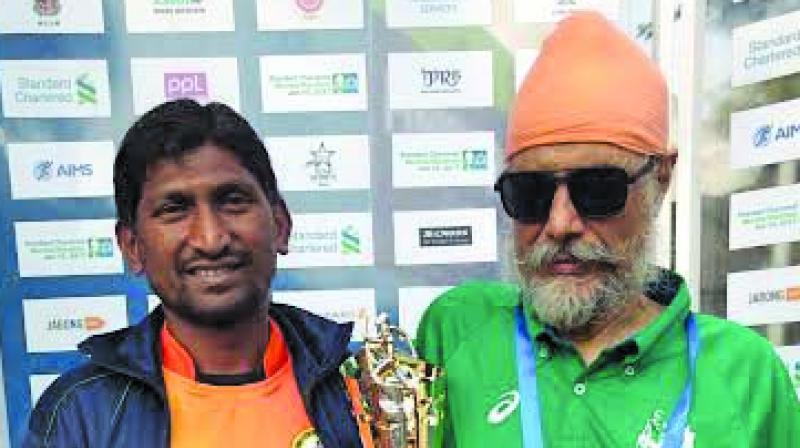 Mumbai: Visually impaired Amarjeet Singh Chawla successfully completed the Standard Chartered Half-Marathon of 21 kilometres in 3.04 hours on Sunday, which is his 62nd marathon in the past 12 years, when he first started running.

Mr Chawla (61) wants to complete 100 half-marathons, while his health permits him to. Mr Chawla has zero per cent vision, and cannot even perceive light. He began to lose sight at 13 years of age, and was completely blind by 40. Mr Chawla needs an escort runner, and to be able to find one who is willing to dedicate time to exercise and fitness with the same passion is a big challenge for him.

However, he has got lucky with BEST bus conductor Baburao Brahme, who has accompanied him on 13 half-marathons previously. Mr Chawla said, “My only inspiration to continue participating in marathons is the love and encouragement I get from spectators. Someone come and shook my hand at Worli during the marathon today, and another person came and patted my back. What other inspiration do I need?”

Mr Chawla, who helps his wife who runs an insurance company, wants to complete 100 half-marathons, and once he meets that goal he aims to conquer 125 half-marathons. So far, the 61-year-old has participated in marathons at Delhi, Jaipur, Surat, Daman, Mumbai, Nashik, Pune, Satara, Goa, Hyderabad and Mangalore.