According to police sources, the students were having little fun and dancing in the class in the absence of their teacher. 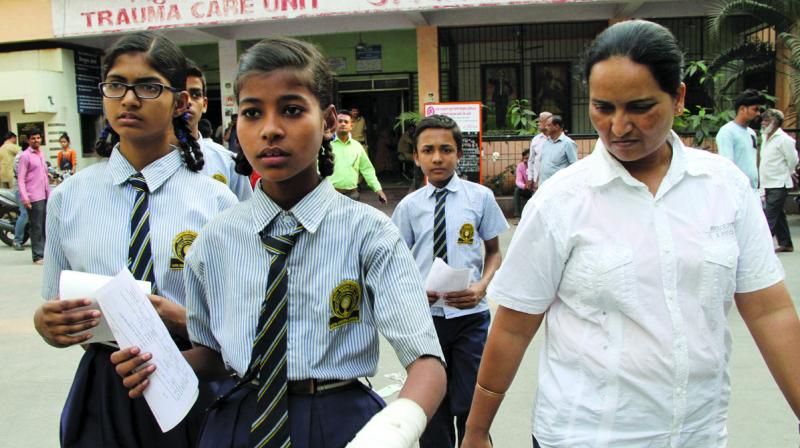 Mumbai: A teacher from Gautam English Medium School, Thane allegedly assaulted 18 class 9 students from the school for dancing and creating a ruckus in the classroom in her absence. The teacher, Ms Shroff hit the students with a plastic rod on their forearms.

The beating was so gruesome that many students suffered from swollen hands. They were rushed to the civil hospital for treatment. The Thane Nagar police registered a case against the principal and teacher of the school under relevant sections of the Indian Penal Code on Thursday evening.

Several parents were upset after seeing the swollen hands of their children. They immediately confronted the principal Shilpa Gautam and Shroff, who had no valid explanation for the same.

Sangeeta Jaiswal, parent of one of the victim said, "It is completely insane to hit a 15-year-old child so badly. We have already complained to the police.

Mandar Dharmadhikari, senior police inspector of Thane Nagar police said, "We have registered a case against the teacher and the principal under section 324 of the IPC.”

No arrests have been made so far.