NFS to launch nationwide campaign for conservation of the birds. 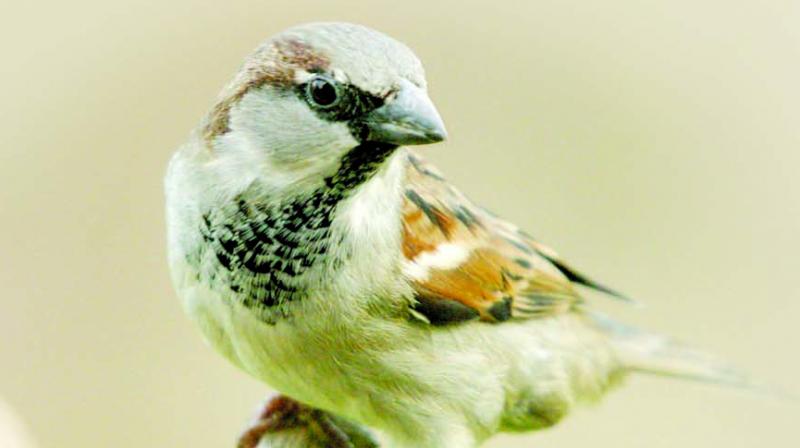 Mumbai: In the wake of the World Sparrow Day on March 20, the Nature Forever Society (NFS), an organisation working towards bird conservation, is going to launch a nationwide campaign regarding conservation of sparrows, including Mumbai. Avian experts have said that the tiny birds are on the verge of extinction in the city due to the rapid concretisation and lack of cavity nesting.

“We are trying to reach out to citizens to encourage them to undertake the conservation of house sparrows at the grassroots level. They could do so by engaging communities in their local areas or residential societies to create a habitat for the diminutive species. As such several bird enthusiast groups can also come together and conduct sparrow-sighting, bird walks, sparrow talks to engage common people,” said Mohammed Dilawar, Founder of Nature Forever Society (NFS).

In Mumbai, Nature Forever Society will launch an awareness program by reaching out to citizens in Oberoi Mall on March 17 and 18. The group will also be creating awareness at the Versova Beach clean up and will reach out to schools to get them involved in sparrow conservation through its “I LOVE SPARROWS” initiative. During the awareness drives, the group will also install nest boxes and bird feeders in residential societies, communities, public places.

“Lack of food and nesting sites are among the primary factors for the decline of house sparrows. Sparrows, which were abundant once, are now mostly seen only in the old buildings in South Bombay where they have bird feeders and spaces for nests. Like the Versova Beach Drive which garnered the support from masses, a similar campaign with the same intensity is needed for Mumbai to create awareness about sparrows,” added Mr. Dilawar. Events would also be conducted in Bhara Van at Marol, Aarey Colony, Khetan International School and Bagadkar College in Andheri.

Bird watchers have pointed out that the house sparrows are now mostly limited to the Sanjay Gandhi National Park (SGNP) and Bhavan’s College among very few areas in South Bombay where the tiny chirpy birds could be spotted in the older buildings. The house sparrow is found in abundance in the SGNP as per the last bird survey of the national park in 2014; however, the data revealed that its movement is very rare. While in Mumbai, bird experts have attributed the decline to incessant tree cutting, lack of cavity nesting, and Mumbai's litter problem, which attracts crows and stray animals, which acts as predators to the sparrows.

While the house sparrow may be found in abundance in the SGNP, regular bird watchers have claimed that their number has significantly declined inside the national park.

“Their movement is rare. You will not find them in the core areas of the national park. We could not provide accurate information on the percentage decline because there has not been a proper study on the matter, which is much needed at this time. Sparrows come to the areas which has soil and food for them,” said Dr. Parvish Pandya, Vice Principal, Bhavan’s College.

According to a study in Asia Pacific Journal of Research published in 205, currently a very large decline in house sparrow population has been reported from countries all over the world. In India the sparrow population is declining alarmingly by almost 70 per cent in certain places. Sparrows that were found in great abundance in cities, towns and villages in the past are now decreasing in number mainly in the cities when compared with towns and villages.