There was a global protest under “Fridays for future” which saw demonstrations in Indian cities like Delhi, Mumbai, Bengaluru and Guwahati. 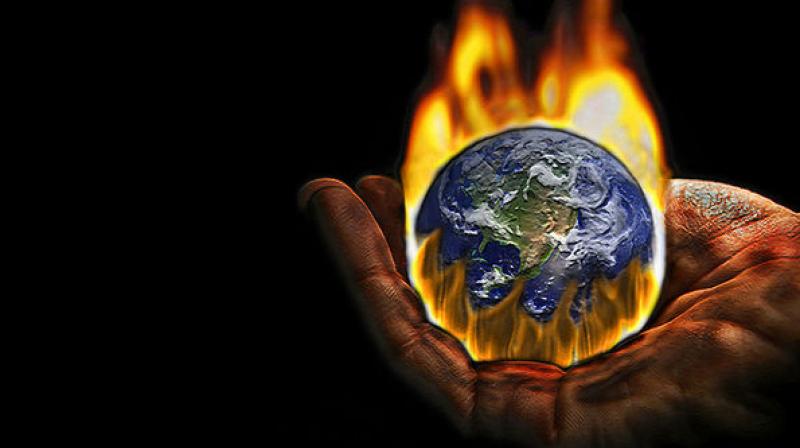 Mumbai: Students and the youth gathered for “Strike for climate” at the Asiatic library and Worli Seaface Friday to raise their voices on the matter of climate change. The protests were in the line of the movement started by Swedish teenager Greta Thunberg, urging the authorities to tackle the issue of environment degradation and climate change.

On March 15, there was a global protest under “Fridays for future” which saw demonstrations in Indian cities like Delhi, Mumbai, Bengaluru and Guwahati. Students from over 1,300 towns and cities went on planned strikes across the world on Friday, according to a statement from the Global Strategic Communications Council (GSCC).

In Mumbai, the demonstrations included various problems compromising the city’s environment such as loss of green spaces, pollution, plastic and haphazard development.

“Our authorities need to focus on need instead of greed. We hope this campaign helps in making environment an important agenda in the Lok Sabha elections this time. Mumbai too is going through destruction of the environment by exploiting natural resources like mangroves and wetlands for commercial development,” said Suyog Dixit, a second-year law student.

Many students agreed that climate change will harm the present and future generation physically, leading to health problems and result in increased mortality as per international studies. However, some highlighted that natural environment is also needed for mental health. “The more  natural enviro-nment we get, the less we are prone to depression,” said Dwarka Tupurani.