Metros   Mumbai  16 May 2017  Outrage over tur crisis spills over in Vidarbha
Metros, Mumbai

Outrage over tur crisis spills over in Vidarbha 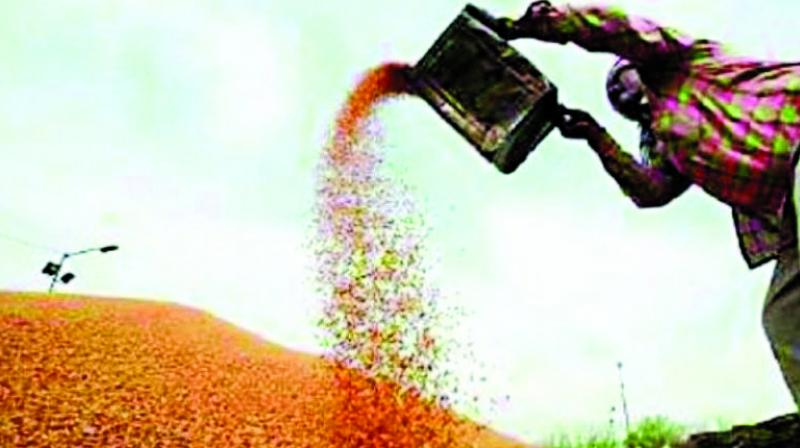 The state may buy only six lakh tonne out of the total estimated production of 20 lakh tonne.

Mumbai: The first incident of violence at a tur procurement centre took place at Chikhli in Buldhana district of Vidarbha, when Congress workers allegedly ransacked the centre as it was closed. The violence erupted at a time when there are indications that the state may buy only six lakh tonne out of the total estimated production of 20 lakh tonne.

The state marketing minister Subhash Deshmukh has made an appeal that no one should take the law into his or her hands. However Congress MLA from Chikhali, Rahul Bondre, has called the incident ‘a symbol of farmers’ anger on the state government.”

Chief minister Devendra Fadnavis had recently said that the government would procure tur from farmers till the end of May. However, the government has also set a cap of procuring only one lakh more tonne of tur above the 4.85 lakh tonne it has already procured, which means that little changes on the ground. Many procurement centres are still not buying tur from farmers.

Congress workers held a protest in Chikhli against a closed procurement centre. Mr Bondre said, “This government is doing nothing for farmers. Announcement of (tur) procurement till May 31 is an attempt to fool people. You can come here and see how all centres are closed. What would farmers do in such a situation?’” asked Mr Bondre.

Farmer’s organisations as well as opposition parties are blaming the state government for the mess over tur.

Farmer activist Chandrakant Wankhede pointed fingers towards the government’s failure. “Today every tur cultivator in Vidarbha and Marathwada feeling cheated by the BJP government. They were asked by PM Modi and CM Fadnavis to sow pulses. Then who should be held responsible for this chaos?” asked Mr Wankhede.

Minister Mr Deshmukh appealed to people not to take law into their hands. “Government is trying to manage the huge crop. There are some issues, but we have assured procurement of all tur. Opposition parties must not try to make profit from farmer’s plight,” said Mr Deshmukh.