Purohit demanded that Gateway of India be renamed Bharatdwar. 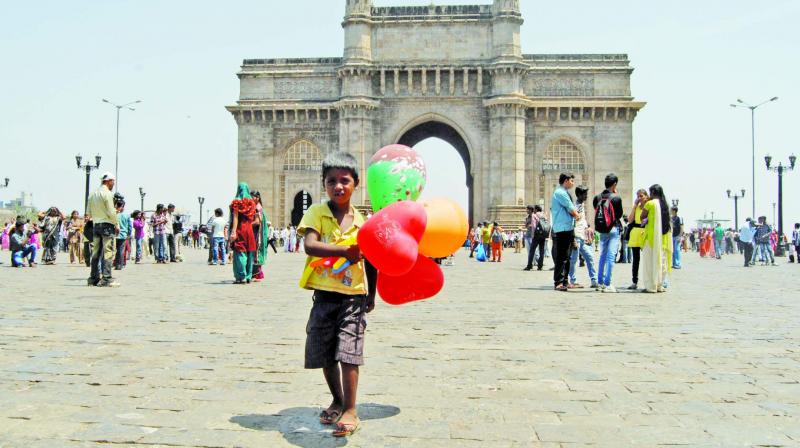 The monument was built in the Indo-Saracenic style in the early 20th century.

Mumbai: Historians and politicians have slammed Bharatiya Janata Party (BJP) MLA Raj Purohit for demanding that the iconic Gateway of India be renamed ‘Bharatdwar’. Stating that BJP has a penchant for creating diversions by raking up controversies over trivialities, the historians have pointed out that India is our nation’s official name and hence the current nomenclature of the monument — which was built in the Indo-Saracenic style in the early 20th century — is justifiable.

In a letter to the chief minister, Mr Purohit demanded that the Gateway of India be renamed, as the current name reflects the nation’s erstwhile servitude to the British. “Many freedom fighters have laid down their lives to get independence. Are we going to teach slave history to our youngsters?  It was built to welcome King George and Queen Mary in 1913. Why do we have remember them,” Mr Purohit asked.

Professor Arvind Ganachari from the University of Mumbai’s department of history, however, dismissed this as a diversionary tactic. “How will a name change help? I feel it’s an attempt to divert attention from the ongoing agriculture crisis in the state. India’s name has not been officially changed to Bharat so why the sudden demand? The monument has historical importance, as many British viceroys entered India through it. If the politician has a problem, why doesn’t he demand that India Gate in Delhi be renamed, as his own party is in power there as well. I would mention here that Horniman Circle near Asiatic Library was named after Benjamin Horniman. It was we Indians who named the circle post-independence considering Mr Horniman’s love towards India. Earlier, it was known as Elphinstone Circle. We need to know correct history,” said Professor Ganachari who specialises in Mumbai’s history said.

Gandhian activist Dr Vivek Korde ridiculed the demand, asking if the Rashtriya Swayamsevak Sangh (RSS), the BJP’s ideological parent, had ever participated in an anti-slavery movement. “When Gandhiji was asking his followers to resign from British government jobs, the RSS was begging for those jobs. Why is BJP is talking about nationalism suddenly?  The RSS had never participated in the independence movement. If it really want to get rid of foreign symbols, it should first give up Mussolini’s ideology and his salute, which it had adopted,” Mr Korde said.

Mumbai Congress president Sanjay Nirupam said that as the BJP could not make any such monument on its own, it was playing politics.

BJP Mumbai president Ashish Shelar, when contacted by The Asian Age, did not reply to a query on the matter.