Re-test will be held for SSC students didn’t pass

The written examination will be held from July 18 till August 2, 2017. 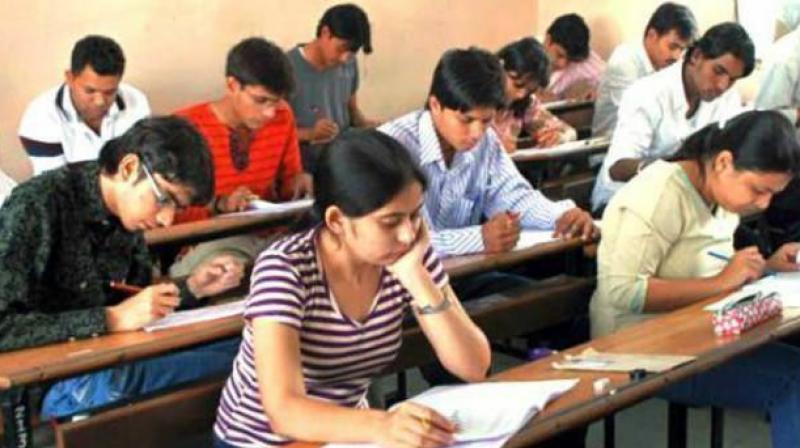 Out of turn examination will be held on August 3, 2017. (Representational Image)

Mumbai: Re-examination of School Secondary Certificate (SSC) for the students who have failed earlier will be held in July and August, as announced by Maharashtra State Board of Secondary and Higher Secondary Education (MSBSHSE).

The MSBSHSE has availed the timetable of the re-examination to be conducted in July-August on its website www.mahahsscboard.maharashtra.gov.in from June 14, 2017.

Krushnakumar Patil, secretary, MSBSHSE, said, “We appeal students to check timetable on our website or at their schools. They should not depend on timetables published by private classes or institutions so that students should not miss the examinations.”

Result of the SSC examination held in March-April was announced on June 13. Students who have failed can reappear for re-examination.