The bridge was found safe. Some portions of the bridge will be provided a fresh coat of paint. 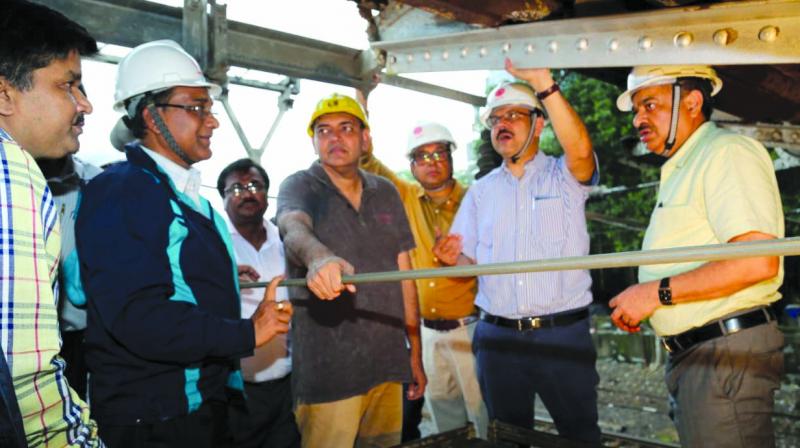 MUMBAI: The Central Railway (CR) on Sunday inspected the Carol RoB between Parel and Curry Road stations and found it to be safe. During the mega block on Sunday, principal chief engineer S.K. Agrawal and divisional railway manager (DRM) Sanjay Kumar Jain of the Mumbai division of CR mounted the tower wagon to inspect the Carol RoB. The bridge was found safe. Some portions of the bridge will be provided a fresh coat of paint.

A senior CR official said that officers inspected recent repairs and gave valuable inputs. It was decided that the tower wagon should be used extensively for expediting inspection and repair of bridges. Further, a meeting has been planned at IIT Mumbai on Monday.

Union railway minister, Piyush Goyal had ordered a safety audit of all 445 bridges in the Mumbai suburban section after the collapse of the Gokhale RoB pathway on July 3, which killed one person and injured four. The WR started the structural audit of all RoBs in its suburban section on Friday, beginning with the inspection of the Mahalaxmi and Bandra RoBs.