Along with this, the city also witnessed a high tide of 4.97 metre at noon on Sunday. 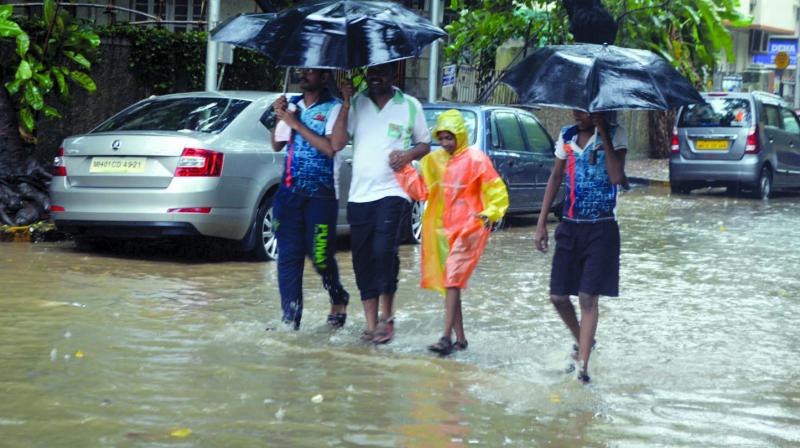 Mumbai city received 31mm of rainfall up to 5.30pm, with the eastern and western suburbs reco-rding 44mm and 41mm of rainfall, respectively. The highest rainfall i.e. 72.8mm was recorded in Mulund east in the past nine hours till 5.30pm; followed by Powai (58.20mm) and Bhandup west (52.40mm).

The Indian Meteorolog-ical Department said that the heavy spell was expected to continue for another 24 hours. “On Saturday, there was only light rain in a few places. Sunday however saw incessant rain all over the city, the highest being in the eastern suburbs,” said an IMD official.

According to the IMD report, “The south-west monsoon has been active over north Konkan, madhya Maharashtra, Marat-hwada and Gujarat. The offshore trough at mean sea level from the north Maharashtra coast to the Kerala coast has become less marked. South-west monsoon strong to vigorous over west-central Arabian sea, strong over south-west and east-central Arabian sea and moderate to strong over north-east and south-east Arab-ian sea.”