As part of the agitation, Shetti has threatened to cut milk supply to Mumbai. 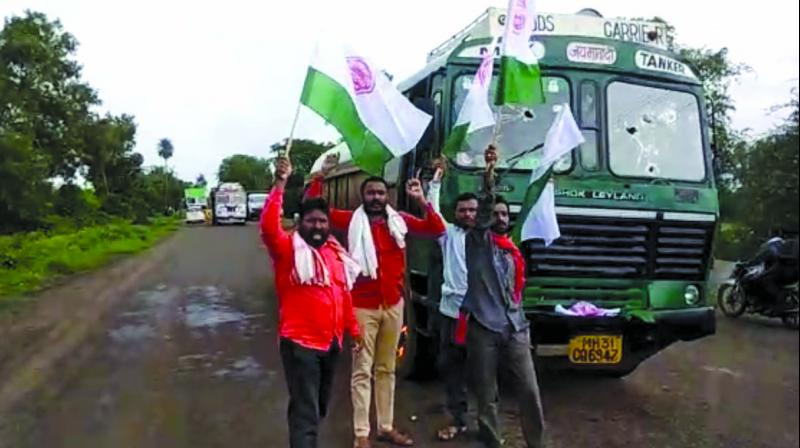 Mumbai: The Swabhimani Shetkari Sanghatana’s (SSS) agitation over cow milk procurement rates turned violent on Sunday when a tanker ferrying milk from Wardha to Nagpur was vandalised by party workers. Meanwhile, the state milk federation has hiked milk rates by rs 3 per litre ahead of the SSS agitation which is scheduled to begin on Monday.

Raju Shetti, SSS chief and Lok Sabha MP, is firm on the agitation as his demand that the state government hike the federation’s procurement rates for cow milk by Rs 5 per litre has not been met. As part of the agitation, Shetti has threatened to cut milk supply to Mumbai.

A precursor of the SSS’ aggressive stand came Saturday evening when party workers from Vidarbha prevented a milk tanker from reaching Nagpur. They damaged the tanker and seized the milk. The agitation will start in full force late Sunday night and Monday morning in districts including Kolhapur, Sangli, Solapur and Pune that are Shetti’s strongholds.

However, dairy minister Mahadev Jankar said that his party workers were ready for a showdown. “Our party workers will also be on the road. We are not worried about the protest. Farmers are not supporting it and it is actually Shetti’s political protest. We will ensure that Mumbai’s milk supply is not cut in this protest,” he said.

Meanwhile, the state milk federation has hiked rates by Rs 3 per litre and declared that the additional amount will be directly transferred to farmers’ bank accounts. However, Shetti is dissatisfied and will go ahead with the agitation.