Meanwhile, the third merit list for the first year degree college admissions will be announced on July 18. 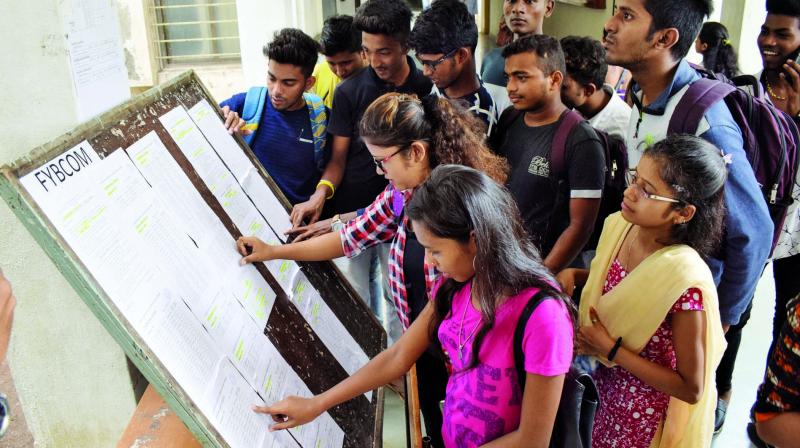 Earlier the number of students enrolling for B.Sc in Forensic Science, Home Science, Hospitality, Biotechnology and Computer Science was higher than the self-finance courses.

MUMBAI: There has been a marked drop in the number of students opting for the science stream in the 2018-19 academic year at the degree college level as per the figures of the second merit list. Meanwhile, the professional and self-financing courses have seen a rise in the number of enrollments.

Principals of several city-based colleges feel the professional and self-financed courses, like BMS and B.Com (accounting and finance) provide better career prospects and job opportunities to the students unlike the science courses.

Earlier the number of students enrolling for B.Sc in Forensic Science, Home Science, Hospitality, Biotechnology and Computer Science was higher than the self-finance courses.

“Parents think differently when it comes to the higher education. The general perception is that children opting for engineering and science have better chance of being successful. Due to which, earlier majority of the students used to opt for science courses,” said principal of a Churchgate -based college. “However, things have changed and students have realised the potential of other courses,” he added.

“Since last decade, the market is full of job opportunities for the students who are from the creative, self-financed and professional courses. This has helped the students to get a right insight about how they will do after completion of the three-year course,” said Dr. Usha Mukundan, principal of Jhunjhunwala College, Ghatkopar. “Parents play a crucial role in decision making, however, eventually students have do all the work,” she added.

Meanwhile, the third merit list for the first year degree college admissions will be announced on July 18.