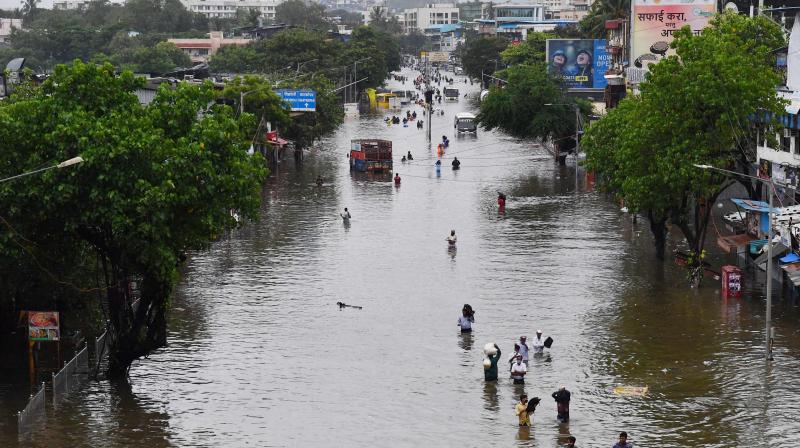 Mumbai: Heavy rains caused waterlogging in parts of Mumbai on Friday and also led to the diversion of traffic routes in several parts of the city.

Due to heavy rains and waterlogging the railway tracks were seen waterlogged and on the slow line near Kurla-Vidyavihar, trains are running 20-25 minutes late.

Due to heavy rains and waterlogging near Chunabhatti station, the railway tracks begin getting waterlogged.

Meanwhile, Regional Meteorological Centre, Mumbai has predicted "light to moderate rain in city and suburbs with the possibility of heavy rainfall at isolated places" for the next 24 hours.