On their side, the organisers claimed to have followed all guidelines laid down by the Bombay high court. 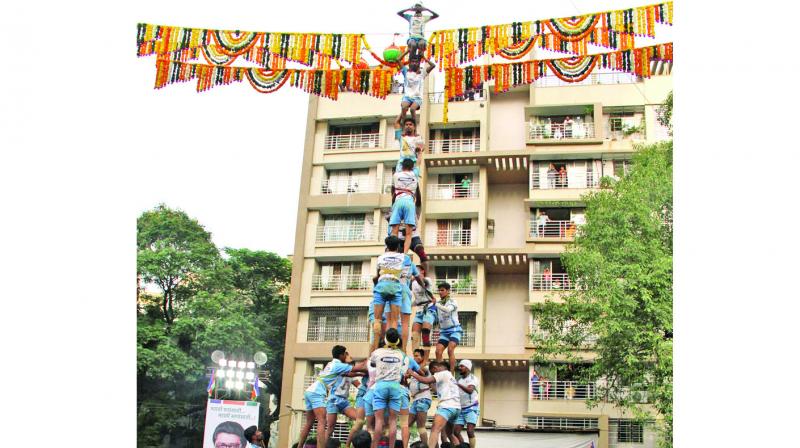 Mumbai: Dahi Handi was celebrated with great enthusiasm in Thane amid massive crowds and spectacular human pyramids. The star attraction was definitely the Jai Jawan Govinda group, which mounted an impressive nine-level human pyramid in 63 seconds and made a bid for a place in the Guinness Book of World Records for the feat. A video footage of the feat will be sent to the Guinness authorities, said sources. In 2012, the group had created a Guinness record with a nine-level pyramid mounted in three minutes 27 seconds, one they beat hollow on Tuesday.

The air was resounding with energy wrought by the dhol tasha pathak and chants of ‘Jai Bhawani, Jai Shivaji.’ The rain gods too smiled benevolently as there was a light drizzle, which welcomed the participants. With height restrictions removed, Govinda groups tried reaching for the skies and stunned the crowds, which thronged the venues at Thane in hundreds. On their side, the organisers claimed to have followed all guidelines laid down by the Bombay high court.