Over a period of time, his condition deteriorated and he was advised to undergo transplant after finally being diagnosed with end-stage liver disease. 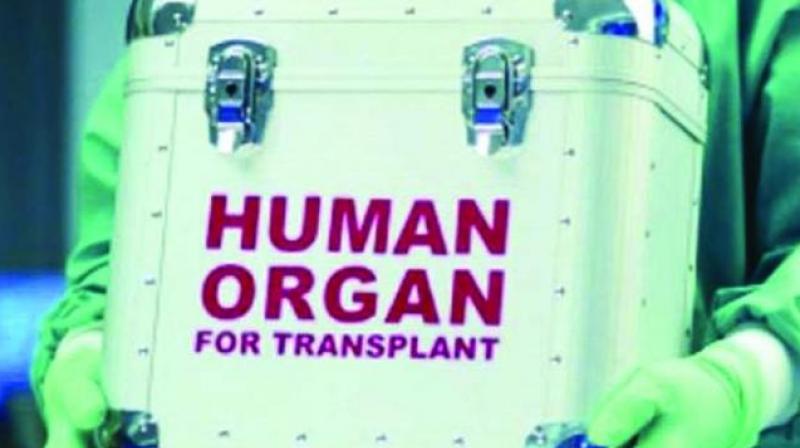 Sathwne said she could not hesitate after being given an opportunity to save her brother’s life.

Mumbai: Pune resident Sushant Borate (41), who was suffering from chronic liver disease, was gifted a new lease of life on the eve of Raksha Bandhan after his sister, Sheetal Sathwne, donated part of her organ to him.

Mr Borate, who underwent a living donor liver transplant in a private hospital in the city, was first diagnosed with hepatitis and had been hospitalised multiple times. Over a period of time, his condition deteriorated and he was advised to undergo transplant after finally being diagnosed with end-stage liver disease.

Dr Vikram Raut, consultant, hepatobiliary and liver transplantation, Apollo Hospitals, said, “The patient was suffering from acute chronic liver failure. His family and he were counselled that while they could wait for a deceased’s donor organ, it could take time. His condition was deteriorating and he couldn’t afford to wait.”

Dr Raut further said, “Since his mother’s age and health did not permit her to donate a part of her liver, his sister agreed. It was gratifying to see her husband supporting this decision of hers. Blood typing and other detailed evaluation of the sister was done and she was cleared to donate.”

Ms Sathwne said she could not hesitate after being given an opportunity to save her brother’s life.

Living donors usually part with a portion of their liver, which regenerates over time, growing back to nearly its original size.  Most donors are discharged from the hospital in a week’s time and are allowed to rejoin work after four to six weeks.

Mr Borate expressed gratitude towards Ms Sathwne for giving him the ultimate gift that a person could give — the gift of life. “I feel grateful for having a sister like her. She has given me a second chance at life. This is a very special Raksha Bandhan for us,” he said.

Speaking in this regard, Dr Astrid Lobo Gajiwala, director of ROTTO and SOTTO, western region, said, “We don’t have many well-equipped hospitals. There is a need for hospitals which can detect the potential brain-stem dead donor.”

She added, “The transplant centres can assist the Non-Transplant Organ Retrieval Centres (NTORC) by providing transplants coordinators and a team to certify Brain-Stem Death (BSD) case. The NTORC hospitals must also have doctors trained to recognise potential BSD donors too.”

As per Zonal Transplant Co-ordination Centre (ZTCC) data, the hospitals across the state have retrieved 149 kidneys, 83 liver, 10 lungs, 24 hearts and three pancreases from the BSD patients this year till August 8, 2019. Mumbai has so far maintained its pace in organ donation by receiving organs from 51 donors, as per the Mumbai (ZTCC).
Around 5 lakh people die every year, in India, due to unavailability of organs.

The organ donation rate in the country is very poor (around 0.3/million) as compared to some western countries where it is as high as 36/million, in the US it is around 26/million population.