Surprisingly, there was neither Government Railway Police (GRP) nor Railway Protection Force (RPF) personnel present on the platform. 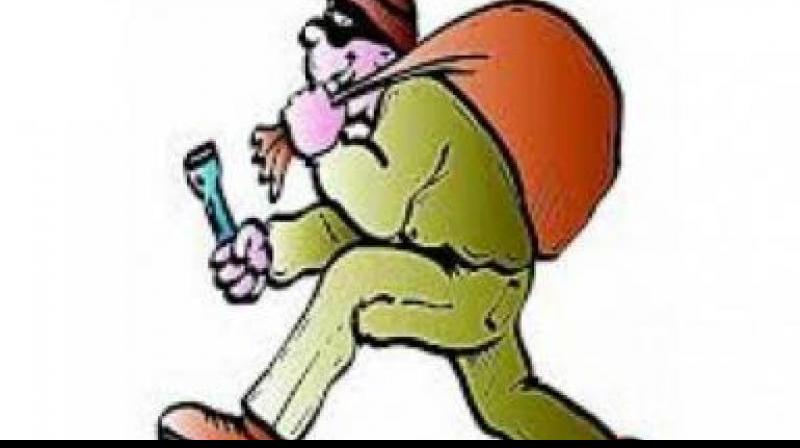 Though the guard jumped onto the tracks and pursued the robber, but the latter managed to escape. (Representational Image)

Mumbai: Harbour line services were hit on Sunday after an on-duty railway guard attempted to chase down the thief who stole his mobile phone in a moving train at Mahim railway station on Sunday.

Though the guard jumped onto the tracks and pursued the robber, but the latter managed to escape.

Surprisingly, there was neither Government Railway Police (GRP) nor Railway Protection Force (RPF) personnel present on the platform.

The incident, which delayed the train by 17 minutes, occurred after a Chhatrapati Shivaji Maharaj Terminus-bound train departed from Andheri, reached platform no 5 at Mahim railway station at 8.11 am.

The train guard, Satyendra Kumar Mahato (40), said, “An unidentified robber entered the guard’s cabin and snatched my mobile phone after the train started its journey.”

“I applied the emergency brakes and chased the robber on railway tracks but he managed to escape under the cover of crowded shanties towards the slum colony located outside the Mahim railway station,” he added.

Mr Mahato further said that he was shocked to see that nobody from the GRP or the RPF was present on the platform to come to his assistance.

Later, the train proceeded for further at 8.28 am and due to the incident the train was delayed by 17 minutes.

The railway guard filed a complaint about the robbery with the Wadala GRP police station.