The Congress leader further said that while 18 to 20 people have died in queues outside banks/ATMs since the demonitisation exercise. 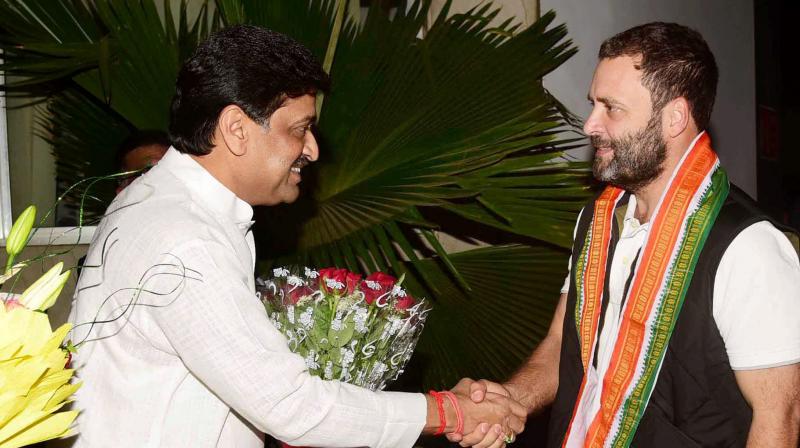 Mumbai: Slamming the Modi government’s decision to demonetise Rs 500 and Rs 1,000 notes as politically motivated, Congress vice president Rahul Gandhi on Tuesday demanded an enquiry into the reports of a few BJP workers caught with cash worth crores after the demonetisation announcement. Mr Gandhi was in Mumbai on Wednesday to appear before a local court in Bhiwandi in a criminal defamation case filed against him.

Questioning why only poor people could be seen queuing up before the banks, Mr Gandhi said, “The decision was a politically motivated one. The people who stand in the queues are not rich. Vijay Mallya and Lalit Modi, however, managed to run away. The BJP government is very insensitive. Their workers in West Bengal were found with bundles of cash worth crores. An enquiry should be conducted into the matter.”

“The Centre’s decision to demonetise Rs 500 and Rs 1,000 currency had a knee-jerk reaction. The government should provide immediate relief to poor farmers and labourers who are facing problem due to this. I discussed the step with several economists, including former Prime Minister Manmohan Singhji, and all of them said that the decision was a very irrational one and a politically calculative move,” Mr Gandhi added.

The Congress leader further said that while 18 to 20 people have died in queues outside banks/ATMs since the demonitisation exercise, Prime Minister Narendra Modi remained unaffected and had a smile on face.