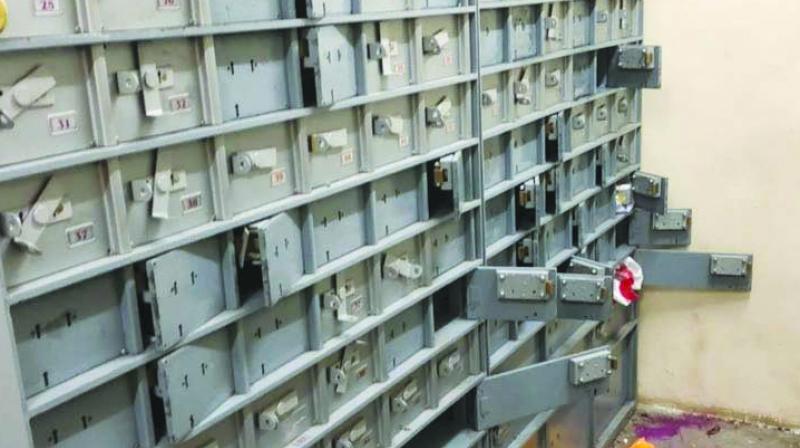 The thieves were able to break 30 out of 70 lockers in the bank and decamp with cash and valuables worth Rs 3 crore last week.

Mumbai: The Navi Mumbai police, which is investigating the Rs 3 crore heist at a Bank of Baroda branch in Juinagar last week, is struggling to find any forensic evidence such as fingerprints of the accused.

According to sources, the forensic department officials could not get a single fingerprint of the accused. Sources said that the accused might have used gloves while breaking into the lockers.

Speaking about thieves’ footprints, the sources said, “The accused might have cleaned the floor and the locker room with a wet cloth. Because of which it is really difficult to find evidence about their fingerprints or footprints.”

The Navi Mumbai police has already identified four persons who were a part of a group that broke into the bank last week. The gang is suspected to be from Jharkhand. The thieves had decamped with the cash and jewellery from 30 lockers. Valuables worth around Rs 3 crore have been lost. Many locker holders are scared and disappointed as the bank could not save their hard earned money, despite giving rent to the bank for security. The locker holders’ don’t have any insurance. The robbery was discovered on Monday morning when the bank reopened after the weekend holiday. According to police, the suspected robbers had rented an office near the bank, and they dug up a tunnel from the shop that opened into the bank’s locker room.