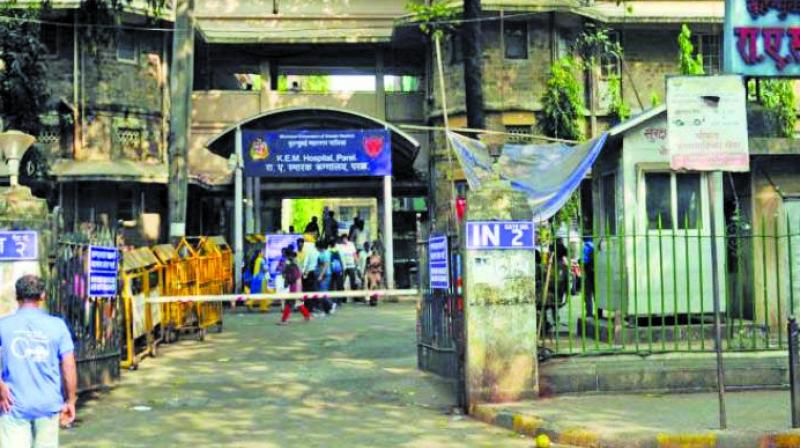 Dr Yogesh Dube, a human rights’ activist, has filed the petition seeking monetary compensation and a prosthetic limb for the infant.

Mumbai: After an infant lost his hand as a result of burn injuries from a short-circuit at KEM Hospital, the health committee chairman and a few corporators have asked the hospital administration to submit their inquiry report within seven days.

The petition reads, “The Brihanmumbai Municipal Corporation (BMC) which runs the KEM hospital has claimed that they have no provision for compensation in such cases, so we humbly request you to direct the BMC to immediately compensate the parents and provide a monthly stipend to those who suffered this tragedy.”

Dr Yogesh Dube, a human rights’ activist, has filed the petition seeking monetary compensation and a prosthetic limb for the infant.

“The BMC doesn’t have any policy to tackle such cases and it’s high time now that they frame a policy,” he said.

“The corporation is not doing anyone a favour by waiving off the treatment fees. The infant’s father has lost his job and the infant has lost his arm due to the hospital staff’s negligence. This is also a criminal act,” he added.

M.A. Sayyed, acting chairperson, MSHRC, said, “The hearing on the petition is scheduled next week around November 21, till which time we have asked the BMC to submit their investigation reports.”