Fadnavis makes presentation on why BJP should form govt. 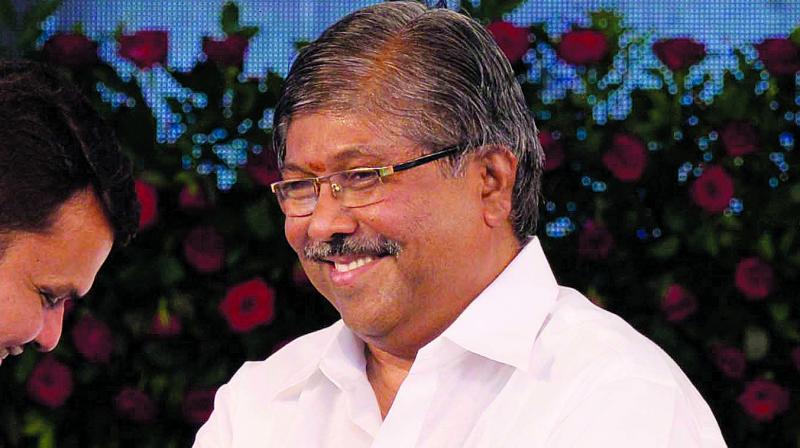 Mumbai: The BJP Friday reiterated that the new government in Maharashtra could not be formed without the party, which has 105 MLAs in the 288-member house.

State BJP president Chandrakant Patil said that with the support of Independents, his party has the backing of 119 MLAs and that the government cannot be formed without it.

Mr Patil told reporters that former chief minister Devendra Fadnavis had expressed similar views at the district presidents’ and office-bearers’ meeting Friday. Mr Fadnavis had also made a PowerPoint presentation on why the BJP should form the next state government.

The BJP state chief’s statements came at a time when the party’s estranged ally, Shiv Sena, and its rivals, the Congress and NCP,  appeared to be inching closer towards finalising an alliance to form the government.

Mr Patil said, “We are keeping a close watch on every political development in the state.”

Elaborating on the BJP’s performance in the Assembly elections, the BJP state president said no party has been able to win more than 100 seats in Maharashtra since 1990, and that his party had achieved the same in 2014 and 2019.

“Our performance on all fronts is number one, as we won 105 seats after contesting 164 seats. On 52 seats, we came second,” he said.

The BJP-Sena alliance, which won 161 seats, fell apart over the Sena's demand for sharing of the chief minister’s post.

Meanwhile, The Asian Age on Thursday reported that the BJP was preparing for a mid-term polls in the state.

A senior BJP leader said that it was preparing for mid-term polls in the event no government is formed in the state.

In another report, this newspaper reported that the NCP was in talks with the BJP over government formation.

According to the report, the BJP had offered the NCP with an equal share in the Maharashtra Cabinet and representation in the Union Cabinet.

According to highly-placed sources, the BJP leadership in New Delhi had approached a top NCP leader with the offer.

Sources in the BJP, too, confirmed that talks were being held at the top level with the NCP in New Delhi. A source said the BJP was using senior NCP leader Praful Patel as a conduit for the negotiations.

A resurgent NCP won 54 seats in the 288-member Assembly, after bracing high-profile defections.